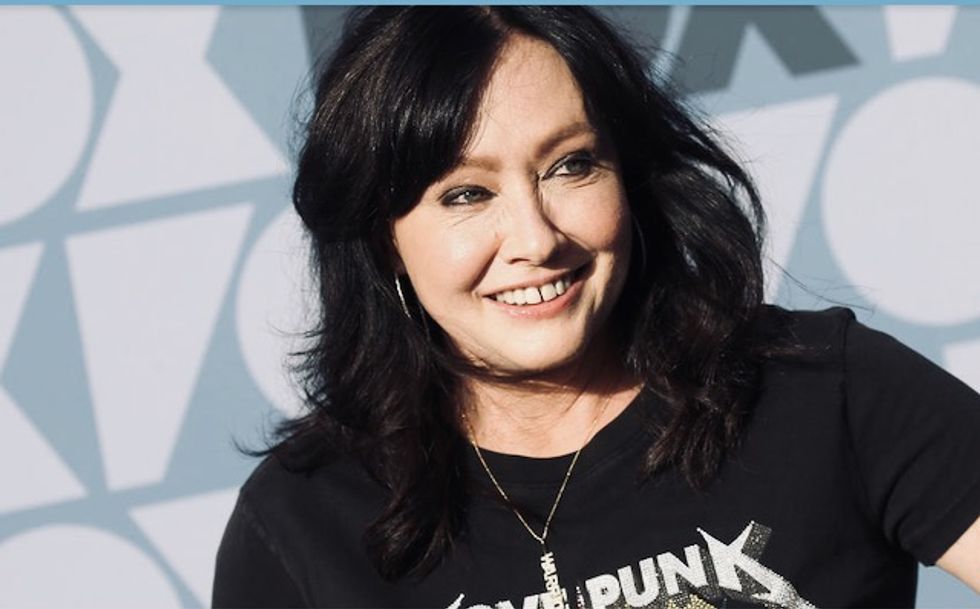 Shannen Doherty, the US star of hit television shows "Beverly Hills, 90210" and "Charmed," has been diagnosed with stage-four breast cancer.

The 48-year-old described the recurrence of her cancer after three years of remission as a "bitter pill to swallow," in an interview aired Tuesday.

"My cancer came back, and that's why I'm here," she told ABC News program Good Morning America. "I don't think I've processed it."

Perry and Doherty's characters were once a popular couple on the teen drama, with Doherty sharing an old cast photo of them embracing after the news of his death.

The show ran for 10 seasons from 1990 to 2000 and followed the lives and romantic entanglements of a group of teenagers living in an affluent area of Los Angeles.

It became a huge international hit but Doherty, who played sassy Brenda Walsh, left after four seasons in 1994 after battling with script writers.

Doherty returned to the small screen playing a witch in "Charmed" in 1998, and has reprised the role of Walsh in further "90210" spin-offs and reboots.

Doherty said she kept the remission quiet while filming last year's "90210" reboot to honor Perry, and to show fellow cancer patients that "our life doesn't end the minute we get that diagnosis -- we still have some living to do."

Reports of her first cancer diagnosis emerged in 2015 when she sued her manager, claiming her treatment was delayed as she couldn't re-enroll in insurance.

She has documented her battle on social media, including photographs of her undergoing scans in hospital.

The disease has now reached stage four, the most serious category which typically means it has spread to other parts of the body.

Doherty added that her health condition would likely have been revealed in a new lawsuit against her insurance company over damage to her property in a 2018 California wildfire.