'An affront to the Constitution': More than 1,000 veterans denounce Trump's attacks on servicemember 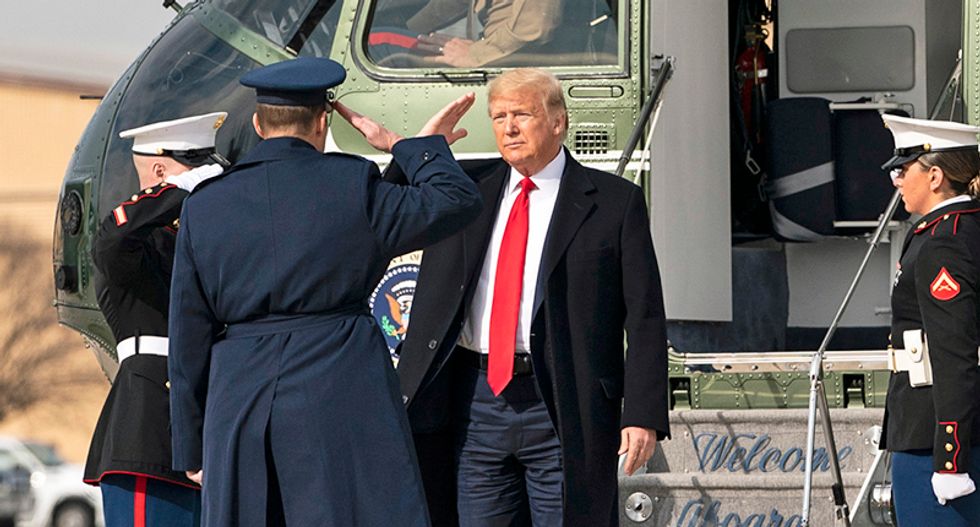 President Donald Trump's attacks and retaliation against impeachment witness Lt. Col. Alexander Vindman are an "an affront to the Constitution," according to an open letter from a group of more than 1,1000 veterans made public today.

"The President’s actions and insults towards LTC Vindman are not only wrong, they carry dangerous implications," the group said. "The dismissal of LTC Vindman and his brother, also an Army Lieutenant Colonel, from the National Security Council staff appears to be motivated by nothing more than political retribution and deprives the White House of expertise necessary to defend our collective national security. The manner of these dismissals suggests that the Commander-in-Chief has prioritized a personal vendetta over our national security."

Vindman provided important testimony during the impeachment proceedings as a witness to Trump's infamous July 25 call with Ukrainian President Volodymyr Zelensky. Vindman was disturbed by Trump's effort to induce Ukraine into launching and announcing investigations of former Vice President Joe Biden and his son.

Trump and his allies have since lashed out at Vindman and tried to undermine his credibility. The president claimed Vindman didn't accurately report the contents of the July 25 call, though no evidence has been presented that contradicts the witness's testimony. (The president, of course, never testified under oath in his own defense nor did he permit any witnesses to do so.) Trump also called Vindman "very insubordinate."

The President’s slander of LTC Vindman, moreover, further undermines military discipline and public trust in an institution for which there are few more precious commodities. The President’s attacks and suggestion that the Defense Department should investigate him take aim at the long-standing military code of conduct that demands that service members report wrongdoing and illegal acts through proper channels. LTC Vindman did just this. That these attacks come on the heels of President Trump’s pardoning of — and campaigning with — war criminals, his public threats of war crimes, and his minimization of Traumatic Brain Injury, a debilitating scourge on so many veterans, only compounds the implications.