'An appalling act of industrial vandalism': Japanese officials do PR for plan to dump Fukushima water into ocean 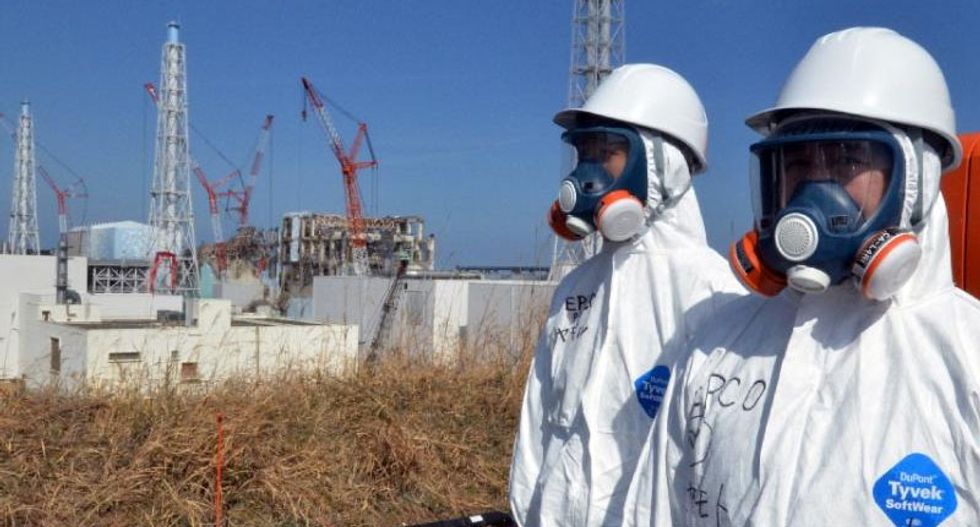 The Japanese government told embassy officials from nearly two dozen countries that releasing the water into the ocean was a "feasible" approach that could be done "with certainty."

As cleanup of the 2011 Fukushima disaster continues, the Japanese government made its case to embassy officials from 23 countries Monday that dumping contaminated water from the nuclear power plant into the ocean is the best course of action.

According to Kyodo News, officials from the Ministry of Economy, Trade, and Industry claimed releasing the water and evaporating it are both "feasible methods" but said the former could be done "with certainty" because radiation levels could be monitored.

As Agence France-Presse reported, "The radioactive water comes from several different sources—including water used for cooling at the plant, and groundwater and rain that seeps into the plant daily—and is put through an extensive filtration process."

That process still leaves tritium in the water and "has been found to leave small amounts of other radioactive materials," Kyodo added.

The session for embassy officials followed Friday's recommendation by a Japanese government panel that releasing the water into the ocean was the most feasible plan. As Reuters reported Friday:

The panel under the industry ministry came to the conclusion after narrowing the choice to either releasing the contaminated water into the Pacific Ocean or letting it evaporate—and opted for the former. Based on past practice it is likely the government will accept the recommendation.

Local fishermen oppose the plan and Reuters noted it is "likely to alarm neighboring countries."

Greenpeace opposes the plan as well.

Shaun Burnie, a senior nuclear specialist the group's German office, has previously called on Japanese authorities to "commit to the only environmentally acceptable option for managing this water crisis, which is long-term storage and processing to remove radioactivity, including tritium."