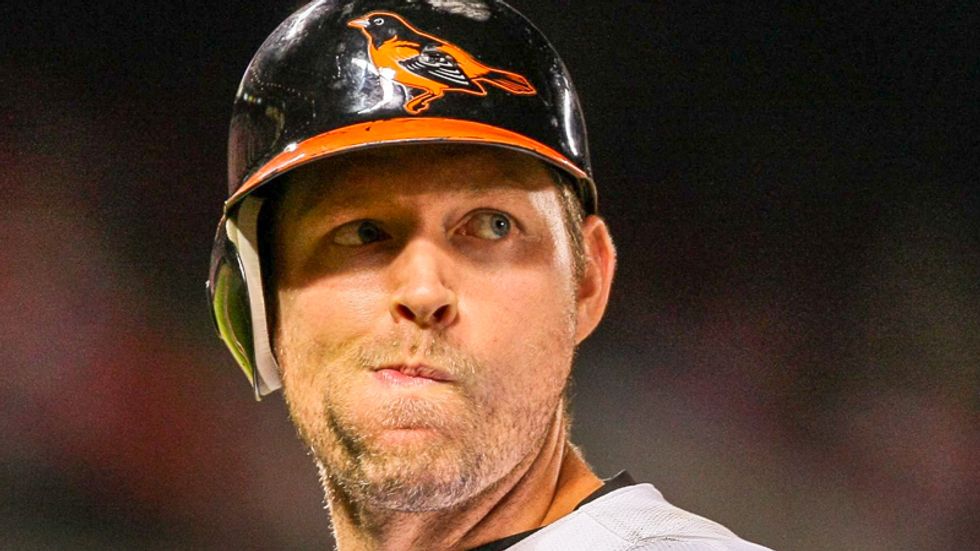 San Francisco Giants baseball player Aubrey Huff lashed out at his former team on Tuesday after he was banned from a World Series celebration.

In a statement on Monday, the Giants pointed to Huff's social media posts as a reason for rescinding his invitation.

"Aubrey has made multiple comments on social media that are unacceptable and run counter to the values of our organization," the statement said. "While we appreciate the many contributions that Aubrey made to the 2010 championship season, we stand by our decision."

NBC Sports reported that two of Huff's posts stood out for Giants' officials.

In one post, Huff tweeted a picture of a gun range, writing: "Getting my boys trained up on how to use a gun in the unlikely event [Bernie Sanders defeats Donald Trump]."

Another post suggested that he wanted to "kidnap about 10" Iranian women "bring them back here as they fan us and feed us grapes, amongst other things."

Huff would later note that he "never said rape."

In a statement posted to Twitter on Tuesday morning, Huff argued that he had been excluded because of his support for Donald Trump.

"My locker room humor on Twitter is meant to be satirical," Huff wrote. "That's not the issue. It's politics."

"We live in a country that is under attack," he continued. "Society is desperately trying to take away our 1st Amendment, our freedom of speech, our freedom of political association."

He concluded with a message for the "fans."

"Just because I might now share some of your political views (which are stupid) I still respect your right to express them," he said.

Huff, however, did not explain why he believes he has a First Amendment right to attend MLB events like the World Series Championship Reunion.