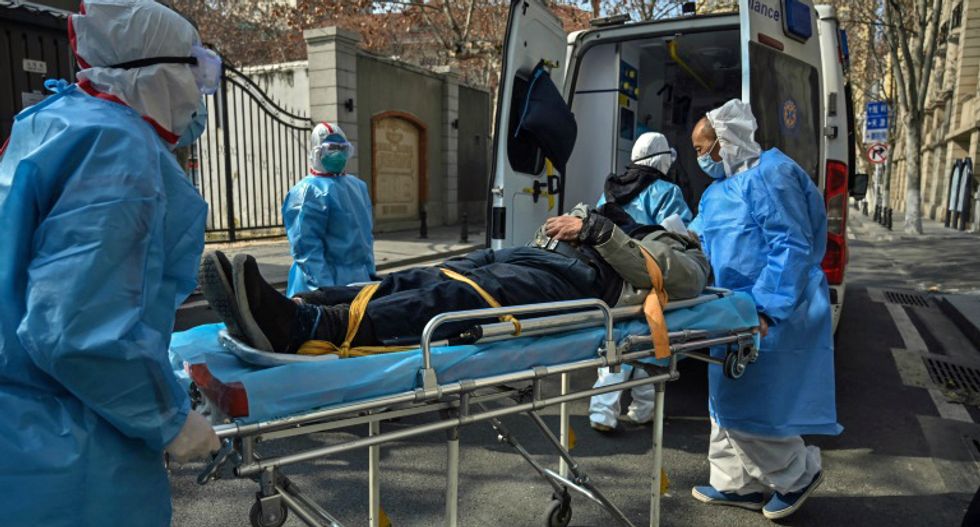 Medical staff in protective clothing carry a suspected virus patient from an apartment in the central Chinese city of Wuhan, the epicentre of the outbreak. AFP / Hector RETAMAL

Aircrew from Bangladesh's national carrier Biman have refused to work on a flight aimed at repatriating citizens from virus-hit Chinese cities, forcing the government to scrap the evacuation plan.

The South Asian nation last week evacuated 312 people, mostly students, from the epicentre of the deadly outbreak, and had planned a second flight for another 171 Bangladeshis.

"We can't bring them because we can't send any flight," foreign minister A.K. Abdul Momen told reporters on Saturday.

"No crew wants to go there. The crew who went there earlier don't want to go either."

The outbreak, which has killed more than 800 people and infected tens of thousands across China, has spread to nearly more than two dozen other countries and sparked global concern.

There have been no cases recorded in Bangladesh.

The evacuees and aircrew who returned to Dhaka on February 1 are being quarantined for 14 days at a camp usually used for Haj pilgrims.

Health officials say none have tested positive for the virus.

The minister said the government was trying to charter a Chinese flight instead, but so far without success.