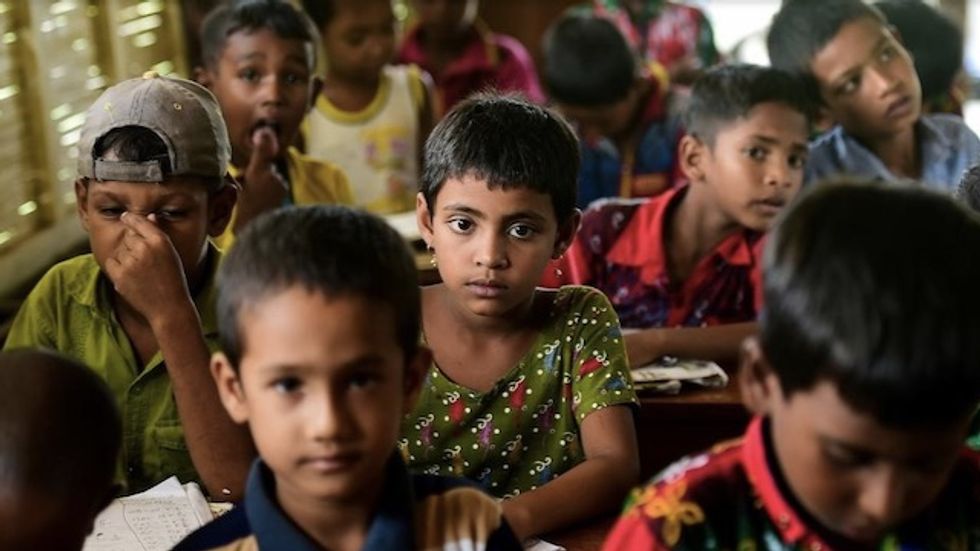 Bangladeshi authorities have suspended a high school headmaster who cut the hair of scores of students in an effort to discipline them, sparking protests in a western rural town, officials said Monday.

"He randomly ran his scissors on their scalps. He cut hair of around 50 students. Several students said they were injured during the heated moment," he told AFP.

The 60-year-old teacher had an "old-school mentality" and wanted to punish the students for keeping undisciplined "long hair", the police chief added.

The incident triggered protests in the town. Hundreds of students, parents and locals gathered on the school field to angrily demand action against the headmaster.

He was suspended after the students lodged a formal complaint with the town's government administrator.

Administrator Anwar Parvez said a three-member committee has been formed to investigate the incident.

Physical punishment including caning, squatting, and frog-marching is nothing new to primary and high school students in the conservative nation of 168 million people.

In 2011 in the wake of a series of reports of brutal canings of students that led to critical injuries, the government banned all types of physical and mental punishment in the institutions, terming it "cruel, inhuman and humiliating".

"The headmaster has breached both human rights and law by his action," Rezaul Karim, a spokesman for the non-profit Bangladesh Legal Aid and Services Trust, said.

If proven guilty by the investigative committee, the headmaster could lose his job and a criminal case may be lodged against him for physically hurting the students.