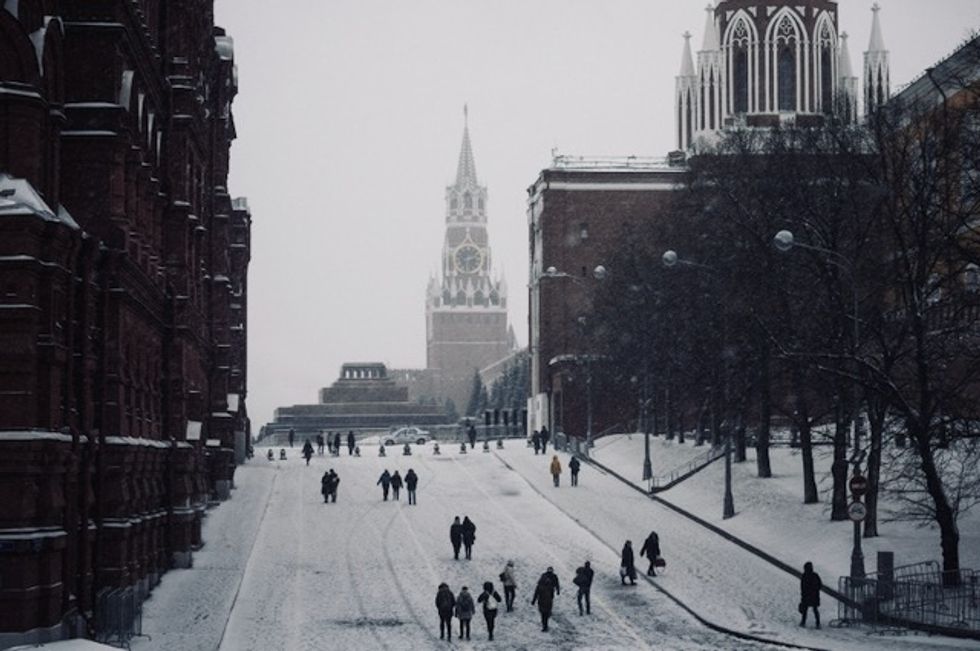 Moscovites are mystified by a flood of bomb hoaxes forcing the evacuation of courts, schools and malls while authorities appear unable to find the culprits even after months of disruption to public life.

The warnings of planted bombs, all of them false, have been sent to numerous Russian cities, but particularly targeted the capital, where around 16 million live and work, with up to 1,000 threats per day.

Since late November, more than 1.6 million people have been evacuated from buildings in Moscow, the Interfax news agency said citing sources.

Yet, both the authorities and Kremlin-controlled television channels stay mostly clear of the topic.

"We can't keep count of how many times it's happened," she said.

"Sometimes our lessons were cancelled or postponed on those days and they also evacuated people," said 13-year-old Maria Olshanskaya.

Another Muscovite, Yulia Grebenchenko, said her daughter's school has been evacuated 13 times since the start of December.

"Some parents even hired a dog handler to check the school more quickly because you never know how long the sniffer dog units will take," said the office worker.

The threats are always issued in the same way: a slew of emails are sent from encrypted providers to organisations and companies that according to the law must be inspected or evacuated.

No one has totted up the exact cost of the upheaval, but the financial damage from a similar wave of telephone bomb hoaxes in 2017 amounted to millions of dollars, Russian officials said.

On a single day, February 5, 1,500 locations were affected including the central Church of Christ the Saviour, some 30 courts, 150 educational institutions, 232 metro stations, more than a dozen clinics, 75 swimming pools and about 50 shopping centres, an "informed source" told the Interfax news agency.

"I've just wasted several working hours," said Sergei, an LGBT rights activist, as he waited for sniffer dogs to arrive at Moscow's Basmanny district court on Thursday after everyone had been forced to leave.

The authorities have said almost nothing.

At the end of January, the FSB security service, the successor to the KGB, and state communications watchdog Roskomnadzor in terse statements announced that two encrypted email providers based abroad had been blocked after being used to send false threats.

They did not name suspects or give any leads or motive, nor did they issue any reassurance to the public despite the major disruption.

Social media and some media reports have yielded a few more clues.

They include demands for the return of 120 bitcoins ($1.2 million at the current rate) that were allegedly stolen by Russian billionaire Konstantin Malofeyev using the now-defunct WEX cryptocurrency platform.

This ultra-conservative oligarch -- targeted by Western sanctions and reportedly close to separatist forces in eastern Ukraine and the Russian security service -- has denied any involvement.

Experts suggested that authorities are at an impasse, while Kremlin-controlled television largely ignores the bomb hoaxes.

"If they discussed this on national TV, people would have even less confidence in the authorities," he told AFP.

Even Roskomnadzor admitted that blocking encrypted e-mails only has a limited effect since users can simply use a different provider or a VPN.

"It's actually possible that technology is so complex today and offer criminals so many tools that even secret services with the best equipment can't stop them," said Shiryayev.

And he warned that the same tactic could be used elsewhere.

"Currently this weapon has only been used against Russia... but bear in mind that it could strike anyone."