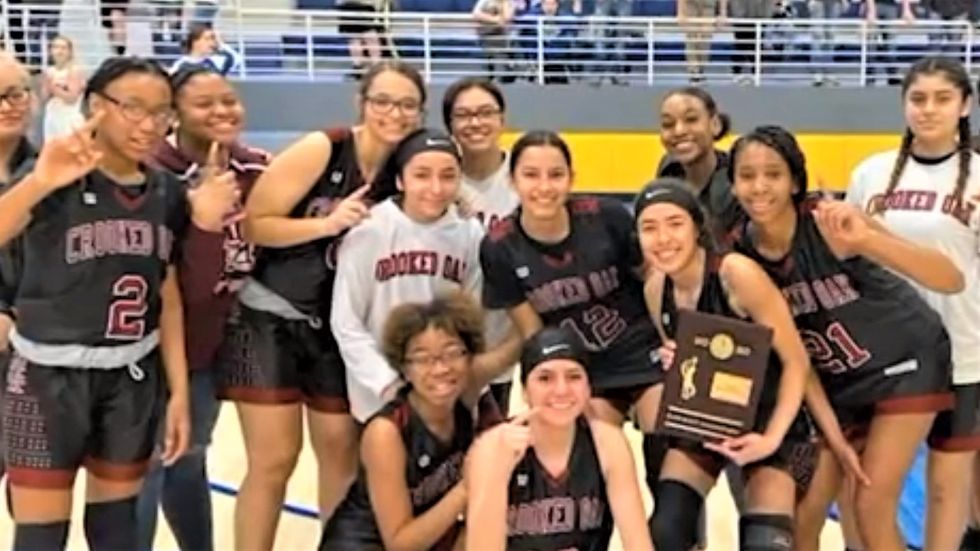 Local news station KFOR reports that the announcer made the remarks during a game between Crooked Oak and rival Newkirk High School on Friday.

In a video taken at the game, the announcer can be heard saying, "The Crooked Oak Lady Ruff Necks, now their names are pretty disgusting."

A friend of the announcer tells KFOR that he meant to say that the women's names were "difficult" to pronounce and didn't mean to call them disgusting.

Nonetheless, many players on the team were shocked at what they heard.

"We all looked at each other like, did he just say, is that real?" Crooked Oak player Iyana Freeman tells KFOR. "Like did he really just say that?"

Parent Tremekkia White, meanwhile, says she wasn't buying the announcer's explanation because he never corrected himself.

"To the Newkirk and Crooked Oak communities at large, I would like to say that this unfortunate comment does not represent the Newkirk Public Schools or its beliefs," he said. "We sincerely apologize for any pain or affront our announcer’s comment has caused Crooked Oak players, parents, patrons, and school employees."