Bloomberg-Obama ads leave Biden out of the frame 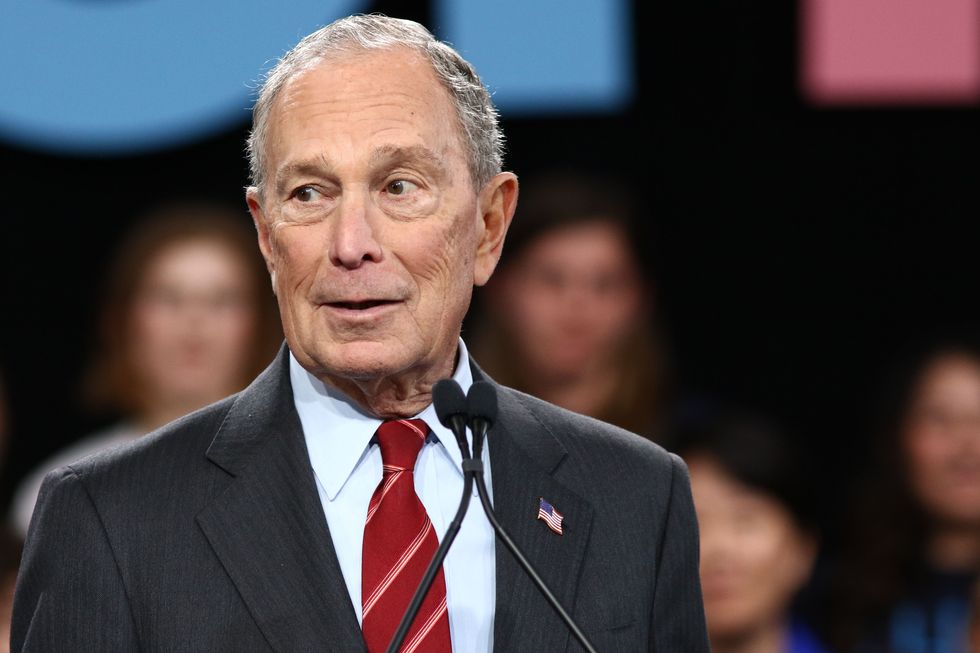 As the eyes of the nation are fixated on New Hampshire, it's the candidate who is not on the ballot there that is the choice of an increasing number of New Jersey's elected officials.

This article was originally published by InsiderNJ.

Former New York City Mayor Mike Bloomberg is the candidate that seems to have benefited most by Senator Cory Booker's campaign being derailed by the Democratic National Committee's culling process which is evidently very much a work in progress.

In the DNC's latest iteration of the rules, the requirement of having a certain number of donors was dropped, clearing the way for Mr. Bloomberg, who is proudly self-funding, to get on the debate stage, assuming he can make the new more stringent polling thresholds.

Across the Hudson River, Mr. Biden has long enjoyed the support of Governor Andrew Cuomo, who deferred his own presidential ambitions to support the party's Lion in Winter.

Mr. Bloomberg's unorthodox strategy of forgoing the early states like Iowa and New Hampshire, combined with big footing the entire primary process with an unprecedented $10 million ad buy in the Super Bowl, has nationalized the contest.

Throughout Mr. Bloomberg's twelve years as Mayor and in the years since he's been building a global network of municipal officials to confront the crisis of climate change, which national governments have largely botched.

Through the former Mayor's Bloomberg Philanthropies local governments annually compete for a million-dollar prize to come up with innovative solutions to major challenges like chronic homelessness, economic mobility and climate change.

In 2018 Mr. Bloomberg pledged to spend $80 million to help Democrats gain control of the House of Representatives, primarily by targeting moderate suburban areas. In 21 of the 24 House seats where he invested campaign money his candidate prevailed.

For years Mr. Bloomberg has been laying the groundwork establishing a national network at the municipal level of elected officials who strongly identify with the Bloomberg approach to data driven public policy problem solving.

Over the last few weeks the Bloomberg 2020 campaign has been rolling out daily press releases announcing dozens of endorsements including the mayors of big cities, members of Congress and Rhode Island Gov. Gina Raimondo.

"It was an easy call because he stands above the other candidates. He delivers," Gov. Raimondo told supporters at a Bloomberg rally. "I am with him because American needs leadership and he can win in November."

The headliner in the Bloomberg pre-New Hampshire wave for Mayor Mike was Congresswoman Mikie Sherill, the Navy veteran moderate who in 2018, with Bloomberg's financial backing, flipped the 11th Congressional District that had been held by Rodney Frelinghuysen since 1995.

"Took her forever to decide in things like impeachment," wrote Kevin Bing on the influential NJ 11th For Change Facebook page. "But she can't run fast enough to support the billionaire centrist candidate. I'm feeling less than represented myself."

Other Facebook correspondents recalled the NYPD's controversial Stop and Frisk policy during Mr. Bloomberg's tenure which targeted hundreds of thousands of young men of color every year, yet yielded few valid arrests and was ultimately ruled unconstitutional by a Federal judge.

On the eve of New Hampshire, New Jersey's Democratic Party is split at least three ways; there's the Biden wing, the growing Bloomberg faction and the Sanders progressive movement.

Back in the 2018 primary Lisa McCormick ran a progressive insurgent campaign with no money against Sen. Bob Menendez, whose federal corruption trial resulted in a hung jury. In a major surprise, Ms. McCormick garnered almost 4 out of 10 of the votes cast, similar to the equally seismic showing across the Hudson when law professor Zephyr Teachout gave Gov. Cuomo a run for his money from the left in 2014.

In 2020 the arrival of Mr. Bloomberg on the scene is only going to intensify New Jersey's Sanders' partisans' ardor because they see Bloomberg's candidacy as emblematic of what's worst about American politics, the role of money in shaping outcomes.

"It's wrong for 3 men in the US to have more wealth than half of the American populations," writes Larry Hamm, long time Newark activist, Sanders supporter and U.S Senate candidate on Facebook. "It's time for the people to unite and build a people's movement."

The national Democratic Party's self-inflicted wound that was the Iowa Caucus, with a failed tabulation process becoming the lead story and not the winner, was a serious set back for the old school way of doing things.

The Iowa Caucus fiasco certainly validated Mr. Bloomberg's decision to sit it out. For the army of candidates who poured millions of dollars and a vast amount of their own time into the Iowa contest, the debacle has to be seen in terms of the massive lost opportunity costs it represents.

And while there was a whole bunch of back and forth over post-Iowa bragging rights between former South Bend Mayor Pete Buttigieg and Senator Bernie Sanders, there was no hiding former Vice President Biden's poor performance

As the entire Democratic field was looking back at the smoldering ruins that was Iowa, hoping the powers that be would find the black box to explain the crash, the Bloomberg juggernaut was rolling out its national TV ad campaign featuring President Obama and Mayor Mike as constant companions.

By the Feb. 7 Saint Anselm College presidential debate, Mr. Biden's dismal Iowa results and the tsunami of Bloomberg/Obama TV ads had washed away the former Vice-President's front runner status like a sandcastle on the Delaware shore at high tide.

The lockdowns that almost every state went into in order to combat the spread of COVID-19 in the spring of 2020 interrupted nearly every aspect of Americans' lives. Businesses were shuttered, schools closed and social groups stopped meeting as scientists rushed to understand the pathways through which the virus spread.

One of the most controversial parts of the lockdown strategy in the United States was the closure of churches across the country.

U.S. Rep. Marjorie Taylor Greene (R-GA), who may face an ethics inquiry after accosting New York Democratic Rep. Alexandria Ocasio-Cortez, is now attacking her nemesis through the media, telling AOC through reporters, "you need to debate me" and "defend socialism to the American people."

Congresswoman Greene told The Washington Post's Jacqueline Alemany that Rep. Ocasio-Cortez "can't call me a bully because I'm trying to talk with her about policy that will change our economy... What she is a coward and a fraud and a fake."

'We are the Met': Labor tensions flare at prestigious New York opera