Bolivia's Morales given two days to save Senate candidacy bid 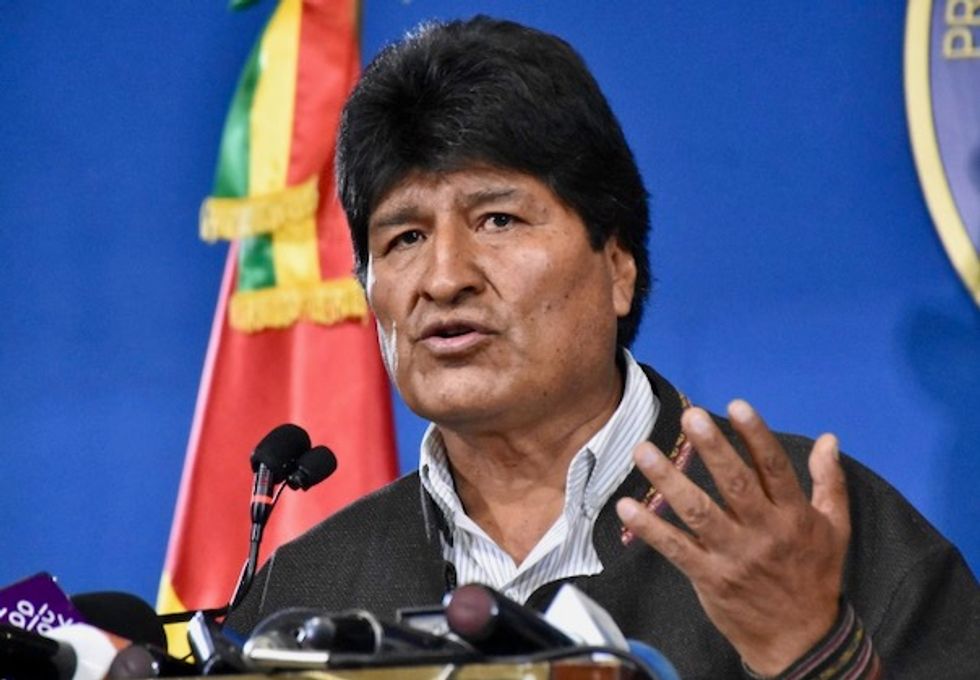 Exiled former president Evo Morales has been given until Wednesday to prove he is a permanent resident in Bolivia or risk being thrown off the list of Senate candidates for May's general election, the country's supreme electoral court (TSE) said on Monday.

The TSE said both Morales's candidacy and that of his Movement for Socialism (MAS) party's presidential candidate, Luis Arce, lack the necessary documentation.

The TSE's website says both have until Wednesday to submit it.

Morales is currently living in exile in Argentina having fled Bolivia in November after resigning as president following three weeks of protests at his controversial re-election.

On Monday he took a flight to Cuba for medical treatment.

The left-wing leader initially fled to Mexico following his resignation under pressure from the military, which came after an Organization of American States audit found clear evidence of vote rigging in the October 20 poll won by Morales.

In December he moved from Mexico to Argentina, via another short stop in Cuba.

Last week, Morales opponents said they would appeal against his registration as a Senate candidate on the grounds that he "doesn't live in the country," conservative senator Oscar Ortiz said.

He said the constitution obliges legislature candidates to be living for at least two years in the region they stand for.

Even before his exile, Morales lived in La Paz, the seat of government, but his party registered him as a candidate in the central Cochabamba department where MAS enjoys massive support.

Presidential candidates must prove permanent residency in Bolivia for five years but Arce also fled to exile in Mexico in December, although he returned in January after he was announced as the top MAS candidate.

For political scientist Carlos Cordero, "Morales's hope to stand for the Senate is practically frustrated."

One of the eight presidential candidates has been disqualified.

The TSE said Ismael Shabib from the Nationalist Democratic Action party of former dictator Hugo Banzer, failed to meet 11 of the 12 candidate requirements.

The May 3 general election will see the president, 36 senators and 120 deputies elected.