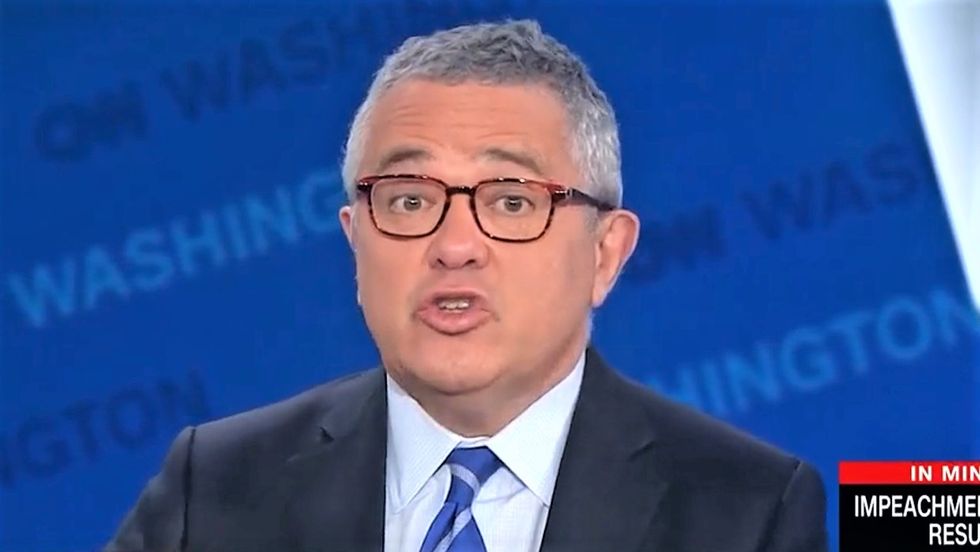 CNN's Jeffrey Toobin on Wednesday sounded the alarm on President Donald Trump's meddling in the Department of Justice's sentencing of his convicted henchman.

While analyzing the DOJ's decision to dramatically lower its recommended sentence for Trump ally Roger Stone, which occurred after the president threw a tantrum on Twitter about it, Toobin said that the president had succeeded in warping the entire criminal justice system to benefit a personal friend.

Toobin was particularly shocked that all four prosecutors involved in the Stone case chose to withdraw from it in the wake of Attorney General Bill Barr's intervention.

"It is a breakdown of the system that is like nothing I have ever seen in my career, nothing I've seen historically," he said.

Toobin then went on to explain how Trump's willingness to violate governing norms has put the entire system at risk of being completely corrupted.

"The power of prosecution is to lock people up -- it is sort of the ultimate power that the government has," he said. "And there have been norms that have been established over time that say... you know, we don't change who we lock up based on who's the president of the United States."