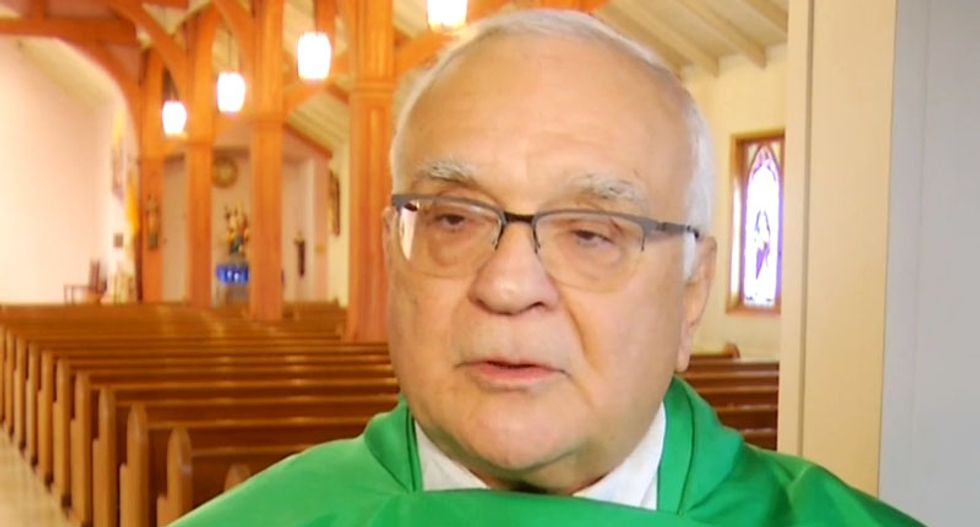 A Catholic priest in Rhode Island is refusing to grant Communion to any state lawmakers who support abortion rights -- and he's justifying his decision by saying that what they're doing is worse than what any pedophile priest ever did.

The Washington Post reports that Rev. Richard Bucci of Sacred Heart Church in West Warwick told local news station NBC 10 News over the weekend that it was wrong to criticize him for denying Communion to pro-choice lawmakers when the Catholic Church has dealt with nonstop scandals involving pedophile priests.

“We are not talking about any other moral issue, where some may make it a comparison between pedophilia and abortion," he said. "Pedophilia doesn't kill anyone and this does."

"What is it that he’s trying to say -- that my vote on choice is worse than what pedophile priests have done for decades?" she said. "I think what they’ve done is a lot worse. They’ve taken children and ruined their lives, and left the rest of us to pick up the pieces."

McEntee also claimed that Bucci was really upset about a recently passed bill that extended the statute of limitations for bringing child sexual abuse charges from seven years to 35 years.