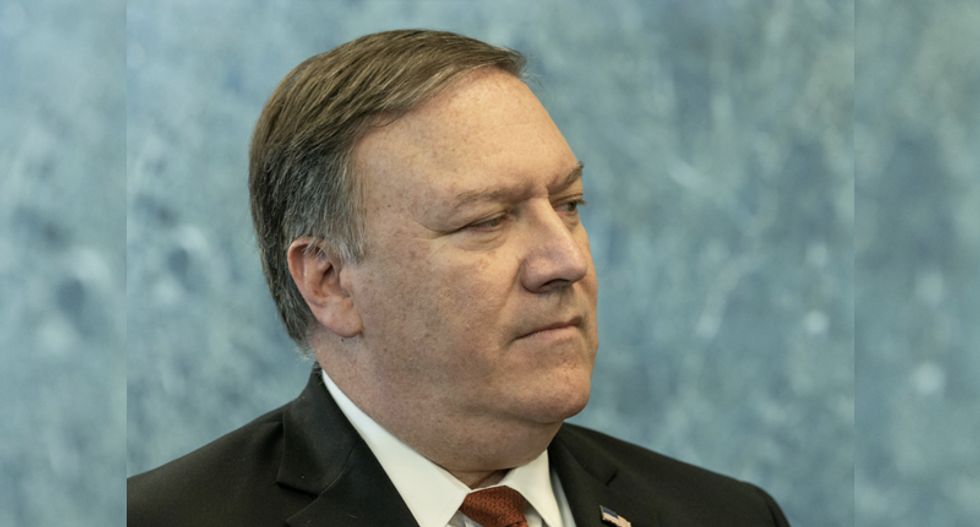 China's embassy in Uzbekistan accused US Secretary of State Mike Pompeo of slander on Tuesday after he raised the plight of Muslims in the Xinjiang region during a visit to Central Asia.

"No matter how many times it is repeated, a lie does not become the truth. Any attempt to slander China and sow discord in friendly relations between China and the states of Central Asia is doomed to defeat," the embassy said in a statement on its website said.

Pompeo on Monday ended a week-long diplomatic tour with a visit to Uzbekistan, where he met with the ex-Soviet country's leadership and foreign ministers from the five ex-Soviet 'stans' of Central Asia.

In both Uzbekistan and its oil-rich neighbour Kazakhstan the day before, Pompeo brought up what he called China's "repression" of Muslims in Xinjiang.

In Kazakhstan he also met with citizens who said they have family members missing or incarcerated over the border in the region.

Pompeo's counterpart in Uzbekistan, Abdulaziz Kamilov, told reporters Monday that his country wished to avoid "unfavourable political consequences" due to "competition in our region between large powers" when questioned by journalists on the potential negative effects of Chinese investment and influence.

None of the five states -- Kazakhstan, Kyrgyzstan, Tajikistan, Turkmenistan and Uzbekistan -- has publicly criticised China over Xinjiang.

More than a million ethnic Uighurs, Kazakhs and other minorities are believed to have been incarcerated as part of an unprecedented security crackdown in the region of western China.

Both Russia and China enjoy privileged interests in Central Asia, with Washington struggling to keep up in recent years.

Pompeo visited two other former Soviet countries -- Belarus and Ukraine -- as part of a trip that began with a stop in Britain.