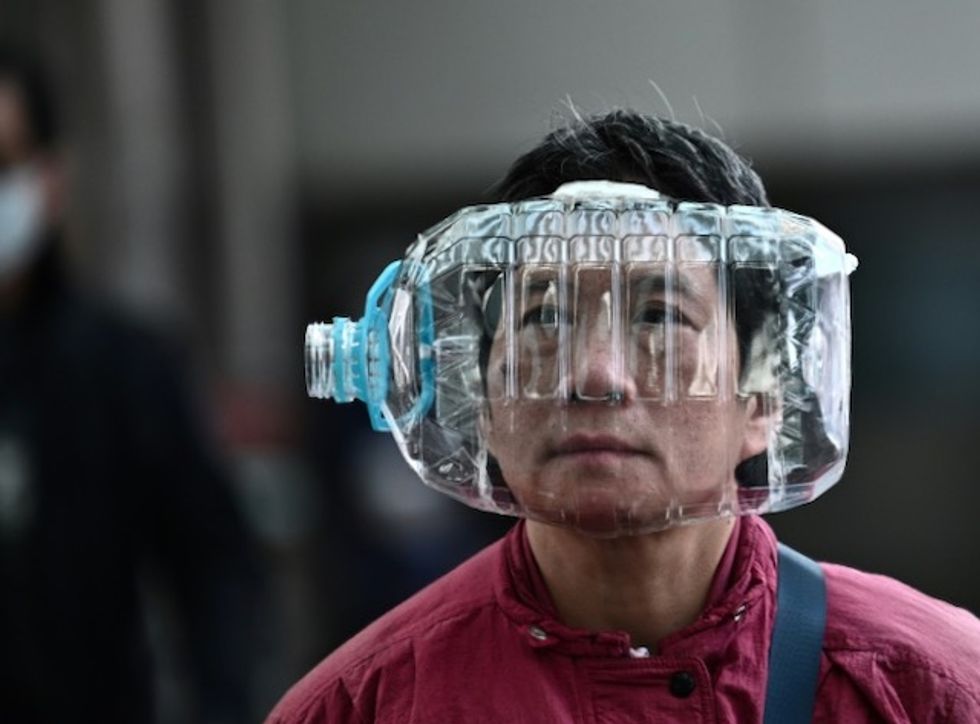 China faced deepening isolation over its coronavirus epidemic on Saturday as the death toll soared to 259, with the United States and Australia leading a growing list of nations to impose extraordinary Chinese travel bans.

With Britain, Russia and Sweden among the countries confirming their first infections, the virus has now spread to more than two dozen nations, sending governments scurrying to limit their exposure.

The United States toughened its stance Friday by declaring a national emergency, temporarily barring entry to foreigners who had been in China within the past two weeks.

AFP / Hector RETAMAL At the epicentre of the deadly epidemic, China's Wuhan city, hospitals are overwhelmed

"Foreign nationals, other than immediate family of US citizens and permanent residents, who have travelled in China within the last 14 days will be denied entry into the United States," Health Secretary Alex Azar said.

Australia said it was barring entry to non-citizens arriving from China, while Australian citizens who had travelled there would be required to go into "self-isolation" for two weeks.

Similar expansive restrictions have been announced by countries including Italy, Singapore, and China's northern neighbour Mongolia.

The United States, Japan, Britain, Germany and other nations had already advised their citizens not to travel to China.

Beijing insists it can contain the virus and called Washington's advice against travel to China "unkind".

AFP / Mladen ANTONOV Commuters in Bangkok. Face masks are in short supply across many parts of Asia

"Certainly it is not a gesture of goodwill," foreign ministry spokeswoman Hua Chunying said.

The US emergency declaration also requires Americans returning from the ground zero Chinese province of Hubei to be placed in mandatory 14-day quarantine, and health screening for American citizens coming from other parts of China.

The virus emerged in early December and has been traced to a market in Hubei's capital Wuhan that sold wild animals.

It spread globally on the wings of a Lunar New Year holiday rush that sees hundreds of millions of Chinese people travel domestically and overseas.

In a bid to stop the contagion, the government has extended the holiday through this weekend and urged people to avoid public gatherings.

Many provinces and cities have called on companies to remain closed for another week after the holiday ends on Monday.

The economic fallout continued Saturday as Apple announced that its China stores would be closed until February 9, "out of an abundance of caution and based on the latest advice from leading health experts."

With public anger mounting in China, Wuhan's top official admitted late Friday that authorities there had acted too slowly, expressing "remorse and self-reproach".

"If strict control measures had been taken earlier the result would have been better than now," Ma Guoqiang, the Communist Party chief for Wuhan, told state media.

Wuhan officials have been criticised online for withholding information about the outbreak until late December despite knowing of it weeks earlier.

But the toll keeps mounting at an ever-increasing pace, with health authorities on Saturday saying 46 more people had died in the preceding 24 hours, all but one in Hubei.

Another 2,102 new infections were also confirmed, bringing the total to nearly 12,000 -- far higher than the Severe Acute Respiratory Syndrome outbreak of 2002-03.

SARS, which is caused by a pathogen similar to the new coronavirus and also originated in China, killed 774 people worldwide -- most of them in mainland China and Hong Kong.

The World Health Organization declared the outbreak a global emergency on Thursday but did not advise international trade or travel restrictions.

It warned Friday that closing borders was probably ineffective in halting transmission and could accelerate the virus's spread.

But authorities around the world pressed ahead with preventive measures.

The health crisis has dented China's international image and put Chinese nationals in difficult positions abroad, with complaints of racism.

More than 40,000 workers at a vast Chinese-controlled industrial park in Indonesia -- which also employs 5,000 staff from China -- were put under quarantine, the facility said on Friday.

On the same day, China flew overseas Hubei residents back to the centre of the outbreak in Wuhan on chartered planes from Thailand and Malaysia, citing "practical difficulties" the passengers had encountered overseas.

Countries have scrambled to evacuate their nationals from Wuhan, with hundreds of US, Japanese, British, French, South Korean, Indian and Mongolian citizens evacuated so far, and more countries planning airlifts.

Russia said it would evacuate more than 2,500 of its citizens holidaying on China's Hainan island, far from the epicenter.