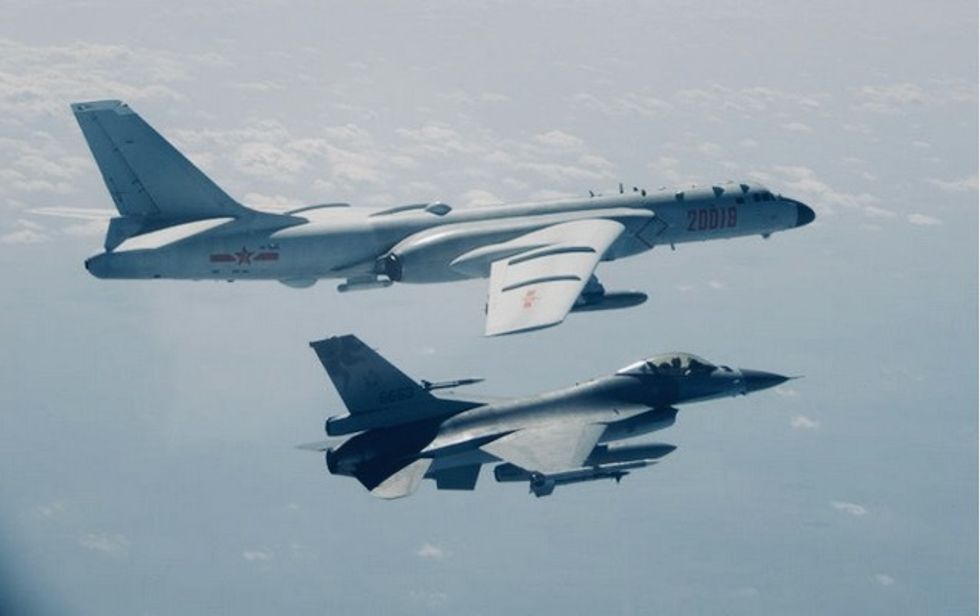 Taiwan said it scrambled fighter jets Monday after Chinese military aircraft briefly crossed into its airspace, the first major incursion since the island's Beijing-wary president was re-elected in January.

Taiwan's President Tsai Ing-wen lashed out at Beijing for taking "meaningless and unnecessary" moves when it should be containing a deadly coronavirus outbreak.

The virus, which emerged in the central Chinese city of Wuhan, has killed more than 900 people and has spread to Taiwan and other countries.

"I want to remind the Chinese government that it's not only meaningless but also unnecessary to make military moves at the time of the Wuhan coronavirus outbreak," she said in a Facebook post.

Monday's incursion came after Chinese H-6 bombers and J-11 fighters flew close to Taiwan on Sunday but did not cross the median line, according to Taipei's defence ministry.

The incursion was only the second time Chinese aircraft crossed the largely respected line dividing the two sides in the strait since March last year.

The aircraft returned to Chinese airspace after "our fighter jets took appropriate responsive and interceptive measures and broadcast warnings to leave", the ministry said in a statement.

It did not specify how many and what type of Chinese aircraft had crossed the median line.

Last March, two Chinese J-11 fighter jets crossed over the line for the first time in years, prompting Taipei to accuse Beijing of violating a long-held tacit agreement in a "reckless and provocative" move.

China has ramped up the number of fighter and warship crossings near Taiwan or through the strait since Tsai was first elected in 2016.

Her government refuses to acknowledge that Taiwan is part of "one China".

In December, shortly before elections, a newly commissioned Chinese aircraft carrier sailed through the Taiwan Strait for a second time.

Tsai won a second term in a landslide in January in an outcome seen as a forceful rebuke of Beijing's ongoing campaign to isolate the island.

China still sees the self-ruling democratic island as part of its territory and vows to one day seize it, by force if necessary.