CNN anchor: It was ‘stupid’ to report rumor of campaign aides saying Biden might file injunction against Iowa results 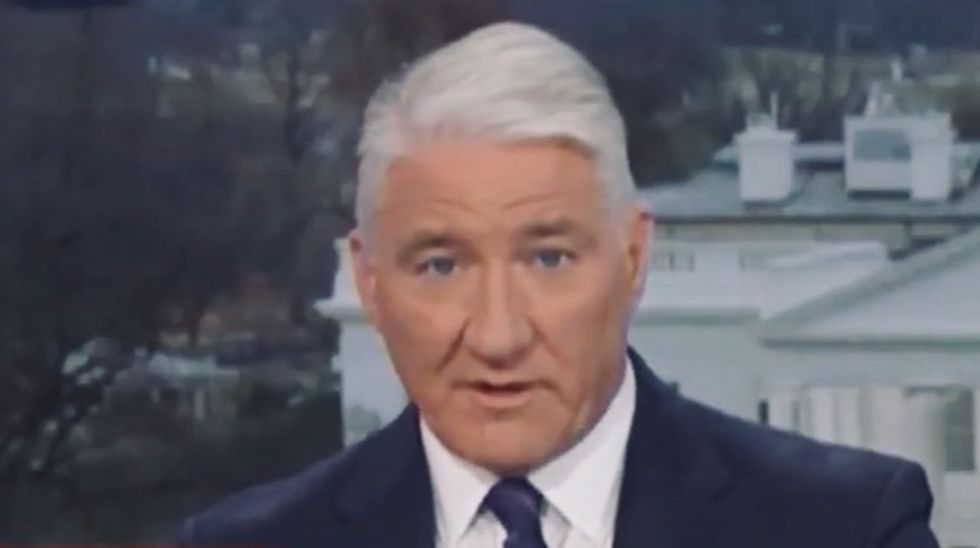 CNN's John King Tuesday afternoon reported live on-air he was receiving messages from aides of rival campaigns that Vice President Joe Biden was considering filing an injunction against the release of the results from Monday's Iowa Caucuses.

Citing the "the breaking news rush," King is now calling his decision to report those rumors was "stupid."

But King's irresponsible sharing of the rumors fueled articles in the right wing media echo system. Also fueling the incorrect information was the GOP's Rapid Response Director, Steve Guest, wrongly characterizing then amplifying the false – or at best, unproven – claim.

CNN's John King reports that the Biden campaign may seek a court injunction to halt this afternoon’s release of the… https://t.co/wqRcN00nTn
— Steve Guest (@Steve Guest) 1580840008.0

"Some of the other campaigns, I'm looking at messages," King told viewers as he read them in real time. "I'm looking to messages to aides from other campaigns who said they are hearing that the Biden campaign is going to file an injunction."

On social media many are still pushing the false information.

But the damage has been done.

King called it "stupid." Given how predictable it is that right wing media would twist his irresponsible reporting, he's right.

Later, chances are right wing websites and pundits will attack CNN as "fake news," despite falsely interpreting his remarks.

UPDATE: Of course, they already have. (We will not link to it.)