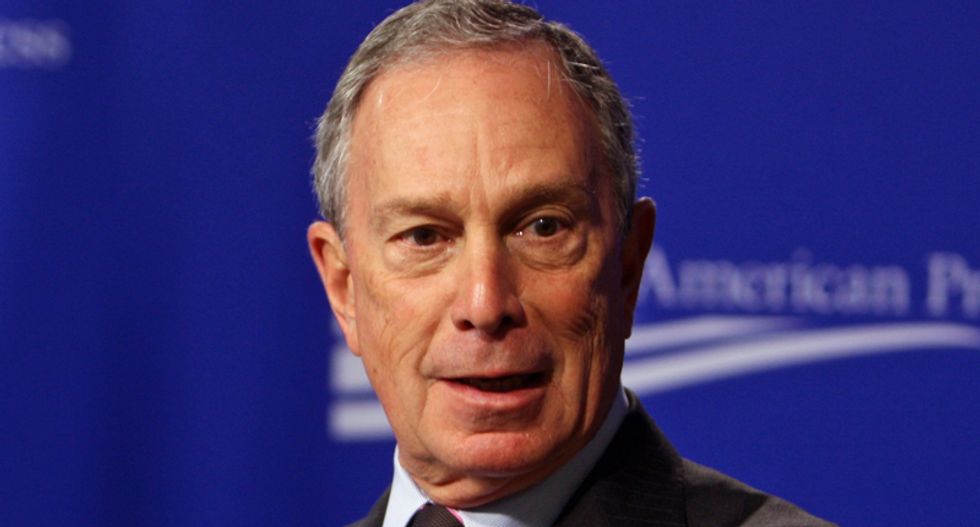 "This is something I would expect to see from some of America's worst corporations, not a progressive political campaign."

company allegedly managing canvassers for former New York City mayor Michael Bloomberg's 2020 bid for the Democratic presidential campaign in Texas requires staff to sign a two page contract barring them from discussing their work online for 18 months and containing a complete waiver of liability to the company for any harm that may come as a result of their employment as an independent contractor.

"This is something I would expect to see from some of America's worst corporations, not a progressive political campaign," attorney Mark Bankston told Common Dreams. "Bloomberg canvassers should be aware they are at risk for all manner of exploitation and injury with no legal recourse."

The Bloomberg campaign did not reply to repeated requests for comment.

The document was leaked to Common Dreams from a source who said they worked on Bloomberg canvassing in Texas in February for $200 a day.

Canvassing for Bloomberg's campaign in Houston is reportedly being managed by Donohoe Partners Inc. The company has also advertised positions for canvassing positions in Florida and North Carolina.

Mark Fenster, a law professor at the University of Florida, told Common Dreams that he saw the contract as typical of private companies looking to ensure the lowest liability possible by hiring independent contractors to do work that volunteers usually do.

"It's totally understandable that they would want to sell their clients on the idea that the paid canvassers they hire can do the work of volunteers—and perhaps do it better—without the stigma of their being mercenaries," said Fenster.

As Common Dreams reported, canvassers for other campaigns—notably that of Sen. Bernie Sanders (I-Vt.), the frontrunner in the Democratic field—are usually volunteers and are not subject to NDAs.

Fenster added that the contract as written appears to only be enforceable by Donohoe—not the Bloomberg campaign directly.

"It gives the campaign some distance from these canvassers and allows them to rely on Donohoe's presumed expertise in hiring and overseeing them," said Fenster. "But in exchange, the campaign doesn't have any control over them, except through Donohoe."

In the NDA, canvassers waive the "any right or cause of action arising as a result of the voluntary participation in said campaign effort" including personal injury, property damage, and negligence on the part of Donohoe.

"The campaign is free to commit any form of negligence leading to your injury or death with no legal consequences," explained Bankston. "For example, if the campaign provides you a vehicle with faulty brakes that crashes, not only would the campaign have no responsibility for your injuries, but the contract requires you to pay for the damages to the vehicle."

The NDA concludes by demanding total online silence from contractors for a year-and-a-half.

"While contracting with Donohoe Partners Inc. and for 18 months after termination, Independent Contractor will not email, post, chat, discuss, blog, or engage in similar internet action, regarding any activities engaged in or information received while contracting with Donohoe Partners, Inc.," the contract reads. "This includes all activities on all social networking sites including but not limited to MySpace, Facebook, Twitter, Snapchat, and Instagram."

Professor Fenster said that the restriction seemed "a bit long and longer than necessary to accomplish the goal" because it was "not clear why this would need to be enforceable after November 2020."

"While most campaigns prohibit you from disclosing proprietary data, they actually encourage you to post on social media about your canvassing experience," said Bankston.

A number of women's groups, including Ultraviolet, have called on the DNC to disallow Bloomberg from debates due to 64 different NDAs with at least 40 women stemming from harassment from the billionaire and his company. On the debate stage February 19, Sen. Elizabeth Warren (D-Mass.) tore into Bloomberg for the NDAs and his history with women.

"We're not going to beat Donald Trump with a man who silences women with who knows how many non-disclosure agreements," said Warren.

Bloomberg announced on February 21 that his company would no longer use NDAs for instances of harassment and the he would release three women whose complaints were specific to him from their agreements if they wished.

It's unclear if that applies to Donohoe's NDA.

Bankston said that the terms of the agreement make clear that canvassers aren't protected from danger—including from Bloomberg himself.

"Mike Bloomberg could come to the campaign office in Houston and sexually harass you in person, and you would have no legal remedy of any kind," said Bankston. 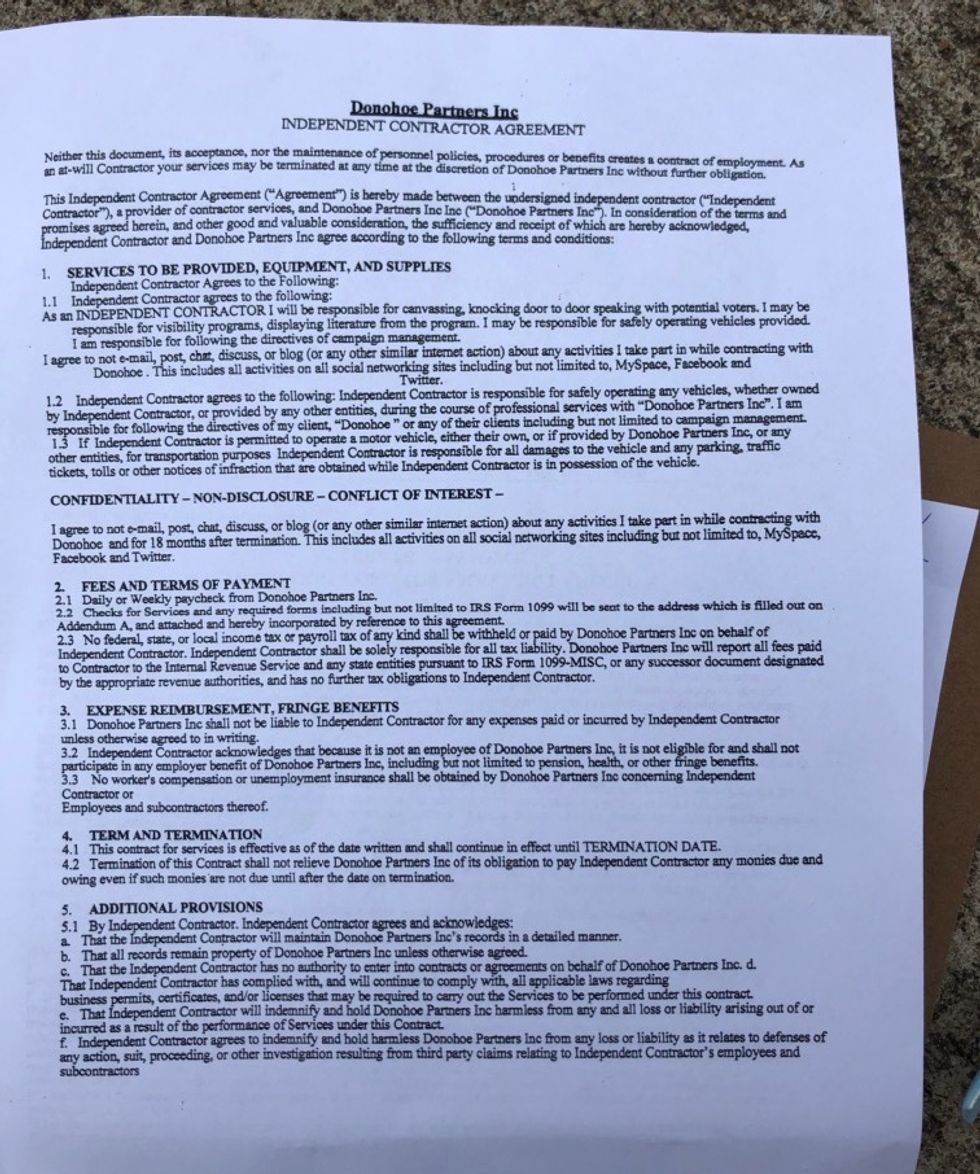 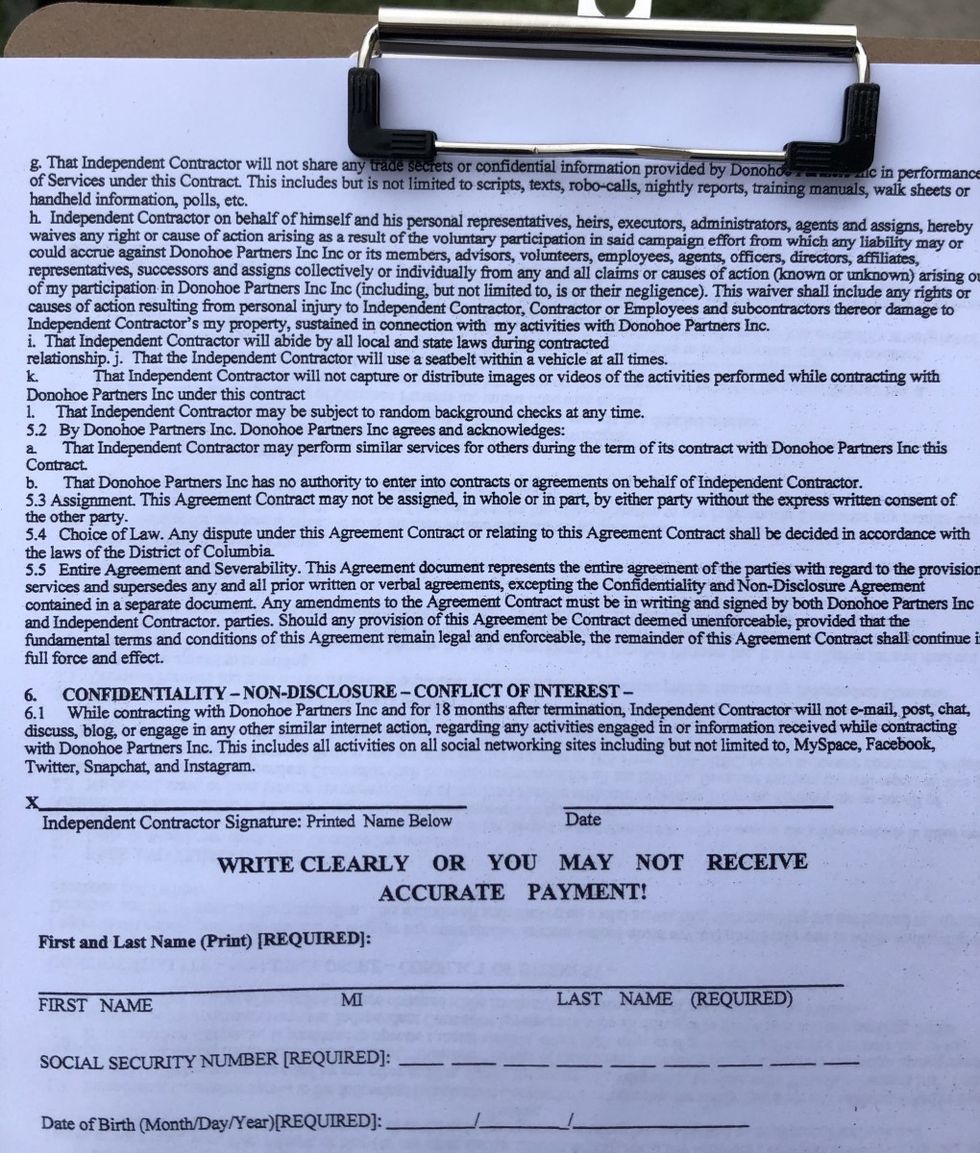