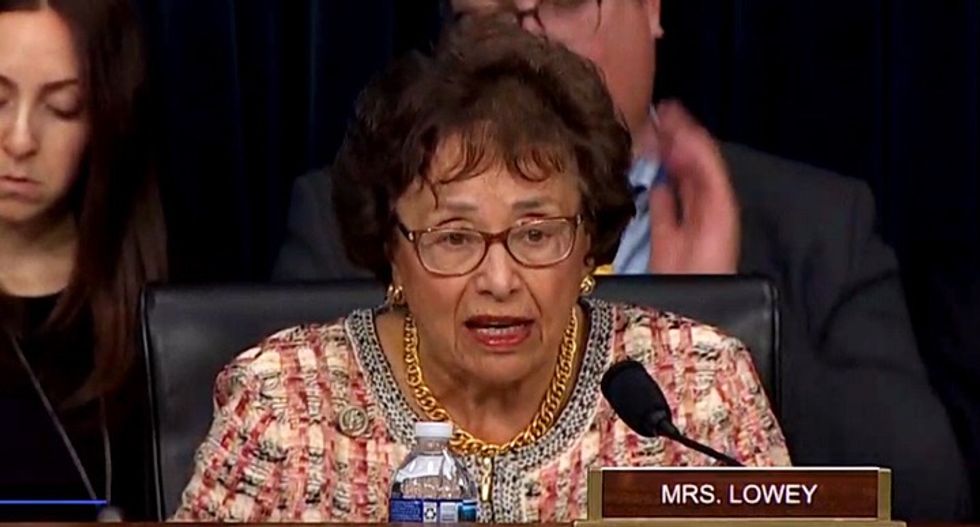 "The president is compounding our vulnerabilities by seeking to ransack funds still needed to keep Ebola in check."

Democratic members of Congress on Monday slammed President Donald Trump's failed management of the nation's public health system as he attempts to shift congressionally appropriated funds away from other public health emergencies to fund the administration's effort to combat the growing threat of the coronavirus.

Trump's $2.5 billion emergency budget request, sent to Congress Monday night, calls for $1.25 billion in new funding and proposes using over $530 million in unspent Ebola response money to fight the coronavirus outbreak. More than $1 billion of the request would go toward developing a coronavirus vaccine.

"It is profoundly disturbing that their answer now is to raid money Congress has designated for other critical public health priorities."

"For almost two years, the Trump administration has left critical positions in charge of managing pandemics at the National Security Council and the Department of Homeland Security vacant," said Pelosi. "His most recent budget called for slashing funding for the Centers for Disease Control, which is on the frontlines of this emergency. And now, the president is compounding our vulnerabilities by seeking to ransack funds still needed to keep Ebola in check."

"Americans need a coordinated, fully-funded, whole-of-government response to keep them and their loved ones safe," added Pelosi, who said the House will propose its own coronavirus response plan. "The president should not be raiding money that Congress has appropriated for other life-or-death public health priorities."

"Despite urgent warnings from Congress and the public health community, the Trump administration took weeks to request these emergency funds," Lowey said in a statement. "It is profoundly disturbing that their answer now is to raid money Congress has designated for other critical public health priorities."

Trump dismissed Democrats' concerns about his request in a tweet Tuesday morning.

"Cryin' Chuck Schumer is complaining, for publicity purposes only, that I should be asking for more money than $2.5 billion to prepare for coronavirus," Trump tweeted, referring to the Senate Minority Leader's statement condemning the request as indicative of the president's "towering incompetence."

"I think that we're doing a great job," Trump said of the White House's response to the coronavirus during a press conference in India Tuesday.

"Seems to me at the outset that this request... is lowballing it, possibly, and you can't afford to do that," said Sen. Richard Shelby (R-Ala.). "If you lowball something like this, you'll pay for it later."