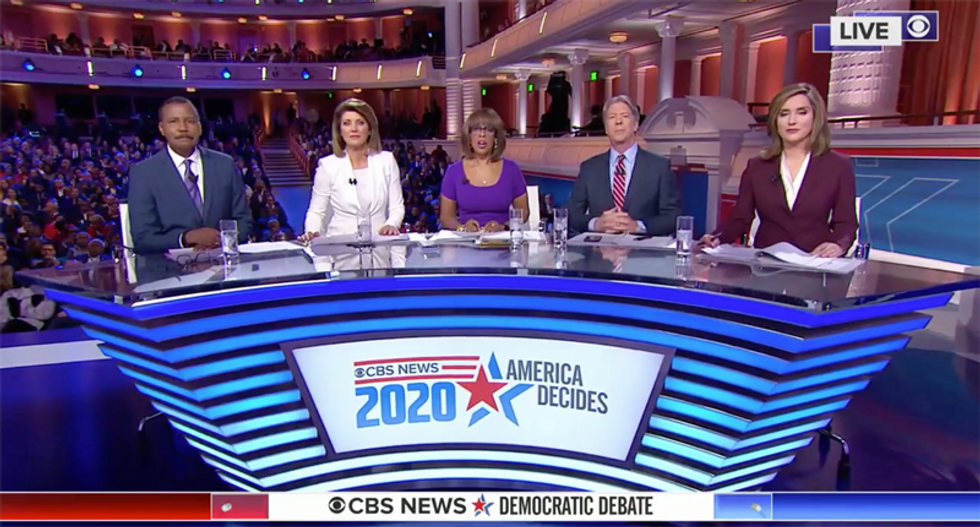 It is unclear who will walk away from the Democratic CBS debates in Charleston, South Carolina as the victor, but one clear loser from the debates is the moderating team. They sat by as the candidates shouted and talked over one another, and at times asked bizarre questions, like whether former New York City Mayor Michael Bloomberg would support a federal ban on trans fats (there already is a federal ban on trans fats).

As the debate dragged on, commenters on social media expressed their disgust with the moderators.

@SykesCharlie None of the moderators in any of the debates have asked the right questions. They want them to argue… https://t.co/mM9yt7Snxo
— Susan Chappelle (@Susan Chappelle) 1582683408.0

@AngryBlackLady WHY ARE WE TALKING ABOIT TRANS FATS? WHEN THERE ARE NO QUESTIONS ABOUT, I DUNNO, IMMIGRATION? Sorry for yelling but Goddamn.
— sascha sprinkle (@sascha sprinkle) 1582682946.0