Donald Trump fixer Bill Barr is finally facing a serious uprising at the DOJ -- but will he be forced out? 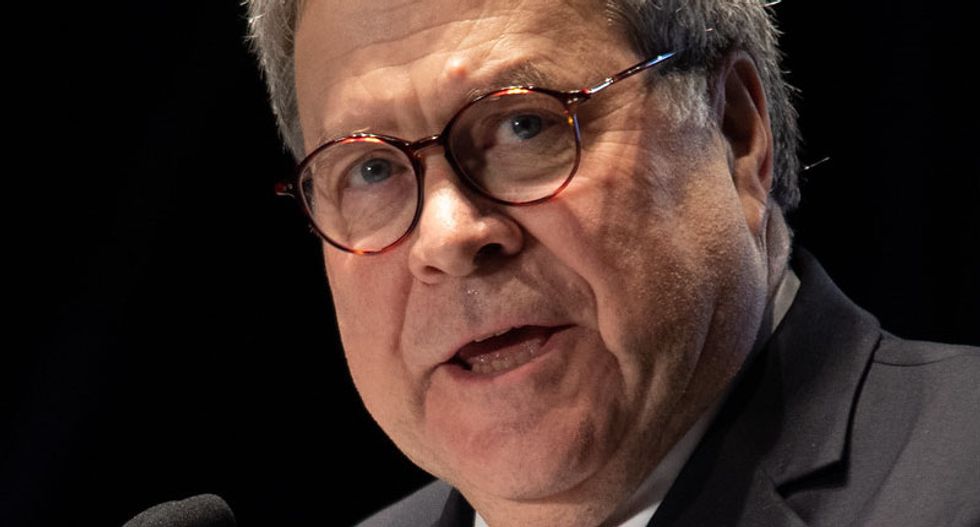 When Donald Trump fired off a tweet at 2 a.m. one night last week condemning the Justice Department's sentencing recommendation for his buddy Roger Stone, I doubt he had a clue that it would set off a firestorm that continues to rage today. I would guess that Attorney General Bill Barr also didn't expect that he'd be getting calls for his resignation from a bipartisan group of over 2,000 former Department of Justice officials after he went on TV to try to cover up his own unethical actions by protesting that he has acted independently, in the face of clear evidence that he and the president are on a crusade to punish the president's enemies and go easy on his friends.

One of the signatories, Donald Ayer, was a deputy attorney general under Barr in the George H.W. Bush administration, as well as a U.S. attorney and principal deputy solicitor general in the Reagan administration. Ayer wrote a piece in the Atlantic on Monday that runs down the full list of Barr's transgressions and overreaches and concludes with this chilling assessment:

Bad as they are, these examples are more symptoms than causes of Barr's unfitness for office. The fundamental problem is that he does not believe in the central tenet of our system of government — that no person is above the law. In chilling terms, Barr's own words make clear his long-held belief in the need for a virtually autocratic executive who is not constrained by countervailing powers within our government under the constitutional system of checks and balances.

Indeed, given our national faith and trust in a rule of law no one can subvert, it is not too strong to say that Bill Barr is un-American. And now, from his perch as attorney general, he is in the midst of a root-and-branch attack on the core principles that have guided our justice system, and especially our Department of Justice, since the 1970s.

I'm not sure Barr cares about any of that, to be honest. He's clearly someone who had One Big Idea back in the 1980s — the unitary executive — and has since then become afflicted with a terrible case of Fox News Brain Rot, a terrible condition that seems to have a rate of infection that exceeds that of the Wuhan coronavirus. He may very well believe that Trump has been the victim of a "deep state" witch hunt and that it's his solemn duty to track down all the perpetrators and lock them up. He has made it clear that he thinks his only problem is that Justice Department officials and federal judges think he's taking orders from the president when he's actually acting on his own.

That's ridiculous, of course. Those former DOJ officials are deeply disturbed by the fact that the attorney general of the United States is acting as the president's personal fixer. As one of Trump's previous fixers, Michael Cohen, explained:

Mr. Trump did not directly tell me to lie to Congress. That's not how he operates. In conversations we had during the campaign, at the same time I was actively negotiating in Russia for him, he would look me in the eye and tell me there's no business in Russia and then go out and lie to the American people by saying the same thing,

That tracks with Bill Barr's infamous testimony before the Senate Judiciary Committee, when Sen. Kamala Harris of California asked him if anyone had ever asked him investigate someone:

It is an insult to the intelligence to believe that Barr is acting independently. The only question has been whether he was trying to appease Trump, as others in the administration have tried to do, or if he and Trump are simply on the same wavelength. As I said before, there is every reason to assume that Barr actually thinks the president is a victim and he's trying to right the wrongs done to him.

Consider that even before he became AG, Barr told the New York Times that he believed the bogus Uranium One scandal was far more worthy of investigation than the Trump campaign's connections to Russia. That indicated he was deeply immersed in the right-wing fever swamps, ready to "lock up" Hillary Clinton and exonerate Trump as a "unitary executive" who is, by definition, above the law.

Since then, all of our suspicions have proved that out. From the way Barr spun the Mueller report to refusing to take up the Ukraine case the whistleblower brought to his attention to his personal crusade to "investigate the investigators," whether he is taking orders from Trump or just spending his evenings getting briefed on "what's really happening" by Sean Hannity and Tucker Carlson, he has left absolutely no doubt that he is working as the president's henchman.

Moreover, Barr has given a number of speeches that reveal him to be a right-wing warrior driven by the kind of ideological zeal that compels some people to make deals with the devil. He told the Federalist Society back in November:

The fact of the matter is that, in waging a scorched-earth, no-holds-barred war of "resistance" against this administration, it is the left that is engaged in the systematic shredding of norms and the undermining of the rule of law. The "holy mission" of "so-called progressives" is to use the coercive power of the state to remake man and society in their own image, according to an abstract ideal of perfection.

He is such an extremist that it's led him to corrupt the Department of Justice on behalf of a president he believes has been unfairly targeted. This is delusional. And it's finally caught up with him.

Over the weekend there was a flurry of reports that an insurrection is brewing within the department in the wake of the withdrawal of the four prosecutors who had handled the Roger Stone case. Concerns over Barr's ongoing interference in cases "of interest to the president," particularly his practice of bringing in prosecutors from outside jurisdictions to second-guess conclusions reached by highly regarded professionals and his obvious eagerness to go easy on Trump cronies like Stone and Michael Flynn, apparently had the department in turmoil from coast to coast.

Of course, that only goes so far:

Profiles in courage are hard to come by in Trump's government.

However, late Monday, something happened that may be even more important than a restive DOJ:

A national association of federal judges has called an emergency meeting Tuesday to address growing concerns about the intervention of Justice Department officials and President Donald Trump in politically sensitive cases, the group's president said Monday.

As with so many other moments in this scandalous administration, this all may pass with yet another institution gravely weakened and the president carrying on as if nothing happened. But federal judges have lifetime appointments and no fear of angry voters. If the judiciary no longer believes the Justice Department is operating in good faith, it's hard to see how William Barr can remain attorney general.