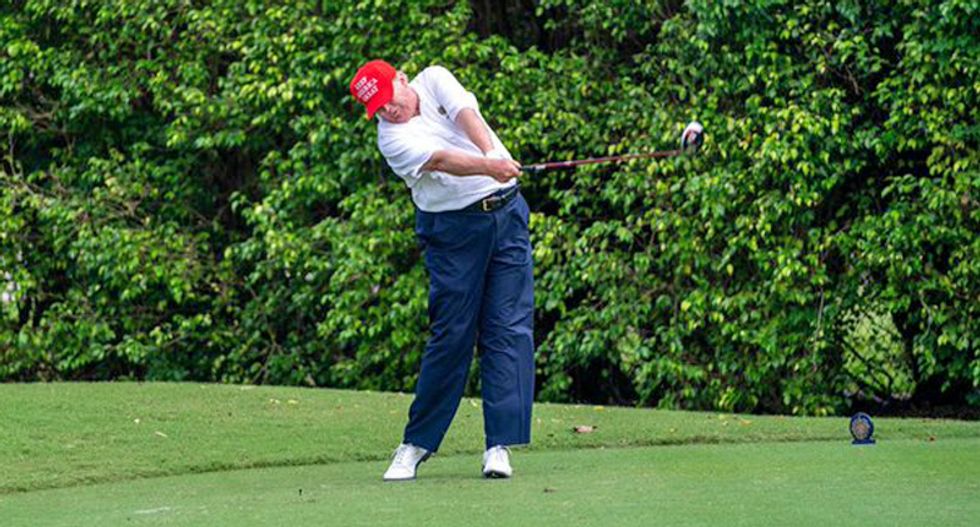 The death toll from the coronavirus epidemic grew to 259 on Saturday as the eighth case was reported inside the United States.

As the outbreak grew, the president of the United States spent Saturday at Trump International Golf Club in West Palm Beach while vacationing in Mar-a-Lago.

According to Trump Golf Count, it was his 245th day as president spent at a golf course.

The leader of the free world posted a photo to Twitter, showing his awkward swing as he teed-off. He was wearing a red "Keep America Great" hat.

Trump had harshly criticized his predecessor, Barack Obama, for golfing during the Ebola outbreak.

President Obama has a major meeting on the N.Y.C. Ebola outbreak, with people flying in from all over the country, but decided to play golf!
— Donald J. Trump (@Donald J. Trump)1414122849.0

Of course, Trump had also criticized Obama for golfing.

Can you believe that,with all of the problems and difficulties facing the U.S., President Obama spent the day playing golf.Worse than Carter
— Donald J. Trump (@Donald J. Trump)1413245031.0