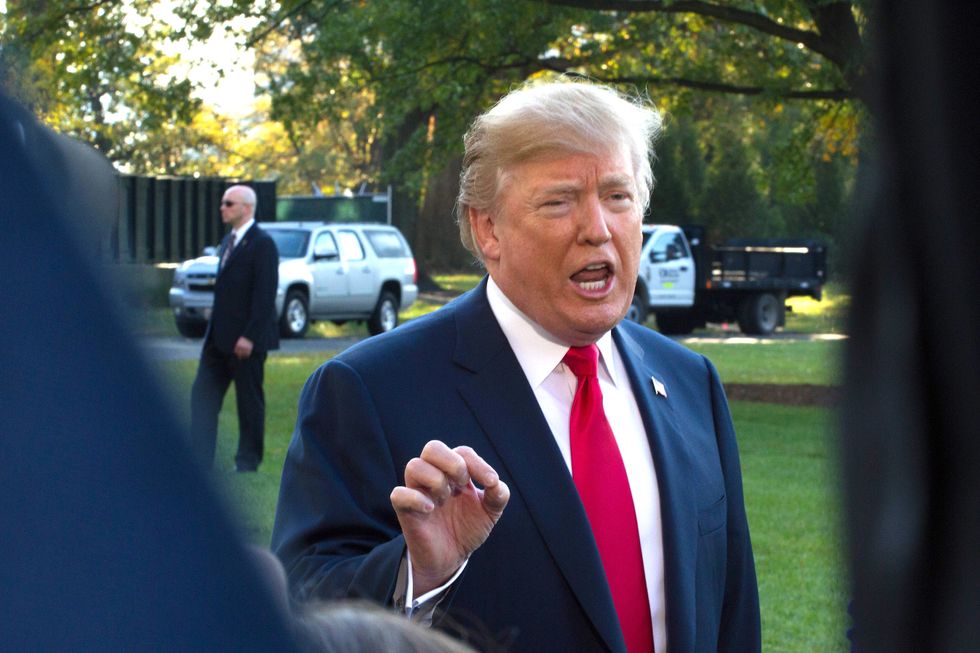 This outcome was all but preordained. The Republican Party is a fully owned subsidiary of Donald Trump (and arguably of his patron, Vladimir Putin). Republicans in the Senate and House have publicly admitted that Trump has committed crimes against the Constitution, democracy, the rule of law and the American people.

But today's Republicans embrace power above all else. Many are motivated by greed, and a great many are racial authoritarians or white supremacists who want to destroy America's multiracial democracy. As members of a corrupt political cult, they have chosen to anoint Donald Trump as a de facto king or emperor.

During Trump's impeachment trial, Alan Dershowitz — once a respected civil liberties attorney — offered this delusional, authoritarian view of the American presidency and the Constitution: "If a president did something that he believes will help him get elected, in the public interest, that cannot be the kind of quid pro quo that results in impeachment."

In a recent article at Foreign Policy, editor and senior correspondent Michael Hirsh describes this moment, writing that "more dangerous days may lie ahead":

Experts warn that exoneration by the Senate may only open the door to more grandiosity by a president who seems to believe that he is his own law, with no one and nothing standing in his way.

In the same article, psychiatrist Craig Malkin explains how Trump's apparent mental pathologies are manifesting through the impeachment process: "The more narcissistic someone is, the more they're likely to view people and the world as less a separate entity or being, and more like an extension of their own body, like an arm or a leg. In that mindset, 'What the U.S. needs and what I need are one and the same, because I am the country.'"

After his certain acquittal in the Senate this Wednesday, Donald Trump will be fully unrestrained. His new rampage against American democracy will make the previously three years of wicked behavior look virtuous and generous by comparison.

It will truly be the season of the hope-peddlers, a group I have described in a previous essay:

These are the people who tell the public that everything will be OK, that the danger of the Trump regime has been somehow exaggerated,  that matters are not as dire or extreme as they appear and that a return to "normalcy" is "inevitable" if we somehow muddle through the present moment.

In the "liberal" mainstream media these voices can be heard on a daily basis. In the Age of Trump the hope peddlers work within the approved limits of public discourse.

As Trump is more fully unleashed after the end of his impeachment and Election Day approaches, the hope-peddlers will rain down a deluge of false calm and encouragement on the American public, many of whom are terrified.

The test of our shape is underway. The House impeached the president, and though the Senate will likely acquit, the American people can witness the whole thing. The free press fostered and protected by the genius of the First Amendment has let Americans know the truth, if they wish to. They can see the facts and the process, and they will be shaped by that, both now and for the long term.

In November, Americans, fully informed, will have the chance to decide what kind of country we are and what we expect of our leaders.

I don't buy the stuff about the United States' democracy dying. Its death has been predicted regularly for two centuries….

Comey concludes by predicting doom for the Republican Party and a triumph for the "American center":

Of course, the way Republicans are acting today means they will inevitably lose power, and for a very long time — an exile they will richly deserve.

But neither party will disappear because the American center — that great lump of us clustered around the middle — always holds. Where the center is, exactly, moves over time — we changed the world by embracing same-sex marriage, for example — but it never goes away. That lump is our national ballast. To survive, our two political parties compete for that center, forcing them to change as we do. They regularly miss the mark, which is why the parties, not the United States, suffer repeated near-death experiences, always followed by miraculous revival.

When I was a kid, the United States didn't come apart. It won't now.

James Comey, mind you, has personal experience with Donald Trump's assault on the rule of law and his attacks against any person or group whom he views as an enemy. Comey has directly witnessed Donald Trump, the authoritarian and American fascist, in full bloom. Comey knows that Donald Trump and his cabal colluded with Russia, a hostile foreign power, to distort and subvert the 2016 presidential election. Comey understands that Donald Trump is unfit to be president of the United States. Yet after decades of public service, James Comey has chosen to be a hope-peddler rather than a truth-teller who readily defends the country from enemies foreign and domestic — including those who currently occupy the White House and Senate.

Donald Trump's presidency — and now his virtual coronation by Senate Republicans — is the greatest threat to American democracy since the slave-owning South's insurrection and the resulting Civil War.

Trump is following the authoritarian's playbook almost to the letter, and without shame. America's democracy is sick, and perhaps dying. Trump and the Republican Party, along with their propaganda machine and their horde of supporters, are trying to kill it.

Instead of using their prominent positions in the media and elsewhere to rally the American people in defense of their country, hope-peddlers like James Comey are whistling past the graveyard of democracy.