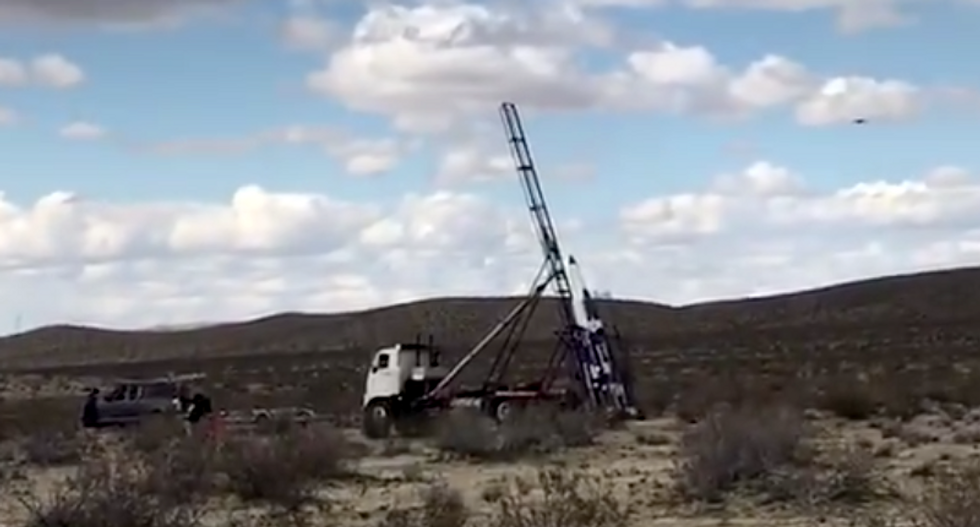 An effort to prove the earth flat reportedly failed on Saturday.

"A man died in what authorities described as a rocket crash in the desert in Barstow on Saturday afternoon," KTLA-TV reported Saturday.

"Authorities did not identity the pilot pending positive identification by coroner's officials. Witnesses and news reports indicted the launch was an event hosted by local daredevil ''Mad Mike Hughes, an amateur rocket builder intent on proving that the Earth is flat," KTLA reported.

Shocking video from the event showed a rocket launch, with a parachute deployed shortly after launch. The rocket appeared to crash in the desert, launching a plume of dust.

The rocket was reportedly self-made.