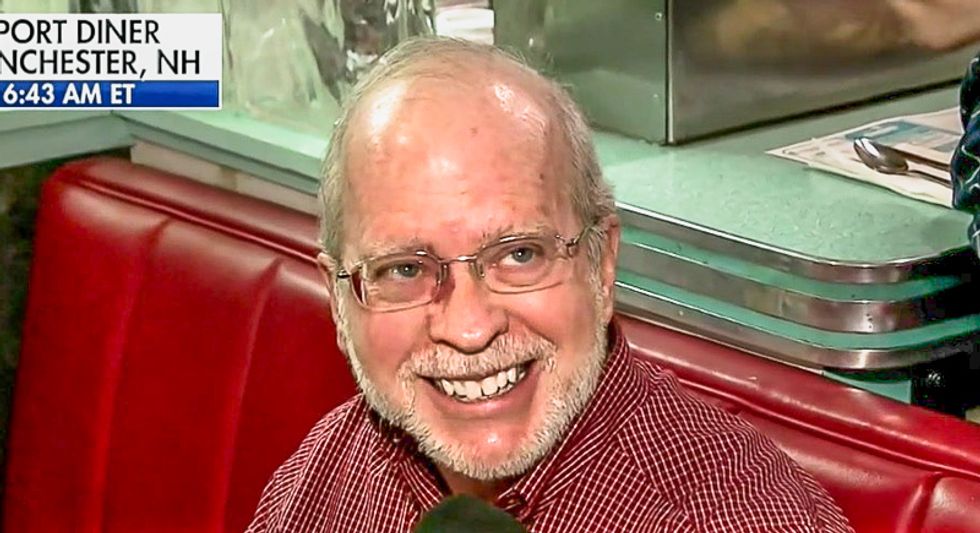 The day after the New Hampshire Democrat primary, Fox News found a Democrat who is voting for President Donald Trump even though he is attracted to candidates who are "civil."

"You're a Democrat who often crosses over," Fox News host Pete Hegseth said, introducing a New Hampshire voter named Ken. "You voted for the president. But you voted in the Democratic primary last night."

"I voted for Tulsi Gabbard," Ken replied thoughtfully, "and primarily because I watched the Democratic debates. I just like her style. I thought she was the most civil out of all those on the debate stage. [She] didn't point fingers at anyone... but it was her civility tone that appealed to me the most."

Ken did not say how his desire for civility translates into a vote for the current president.