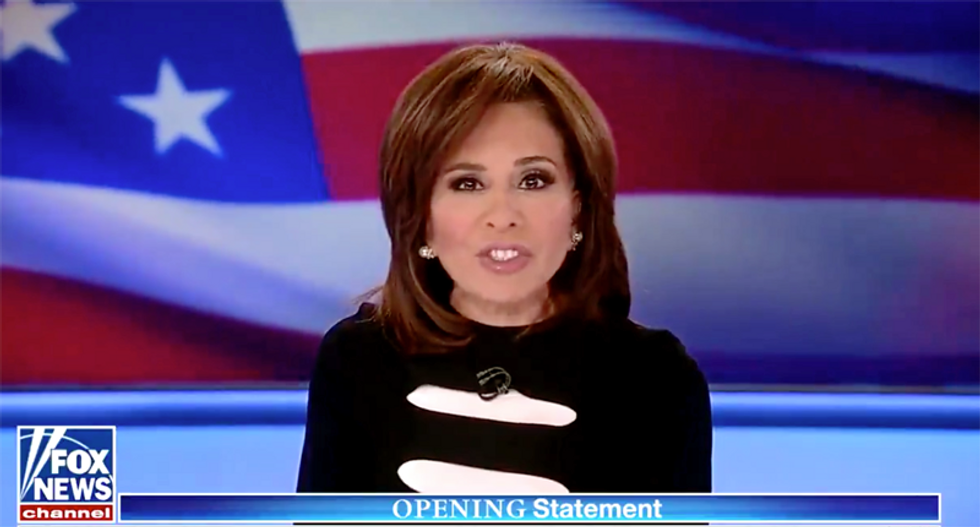 "Mitt, you're full of it," Pirro shouted at the screen.

"The truth is, Mitt, you simply despise Donald Trump. Your jealousy of this man is a constant rage burning within you because you can never rise to the heights that he has," Pirro argued. "Because guys like you fold like wussies."

"And you don't have any selflessness or the ability to think about others, as Donald Trump has thought about making America first," she claimed, despite the fact she was mad at Romney for voting to convict Trump for abuse of office by putting his personal interests before those of America.

Video of the segment was posted to Twitter by Acyn Torabi, who said, "The wine-fueled attacks on Mitt Romney have begun.