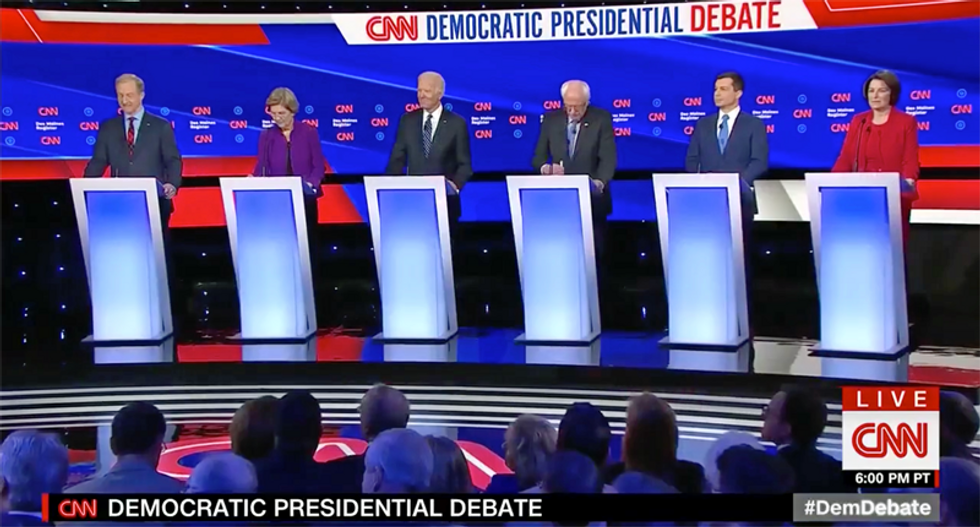 CNN politico reporter David Chalian said that "out of an abundance of caution" the poll will not be released after one person surveyed raised questions with how they were questioned.

"Today, a respondent raised an issue with the way the survey was administered, which could have compromised the results of the poll. It appears a candidate’s name was omitted in at least one interview in which the respondent was asked to name their preferred candidate," the newspaper explained. "While this appears to be isolated to one surveyor, we cannot confirm that with certainty. Therefore, the partners made the difficult decision to not to move forward with releasing the Iowa Poll."

The poll, conducted by Ann Selzer, is considered the "gold-standard poll" of the caucuses.

The unique nature of the caucuses makes them notoriously difficult to poll.

"There are 615,000 registered Democrats on Iowa’s voter rolls. But even by the most bullish of estimates, more than half of them won’t venture out on Monday night," Politico reported Saturday. "How many people will turn out is only part of the challenge. Pollsters are also grappling with who, specifically, will show up. Polls show Sanders is the top choice among younger voters, who have been less likely to participate in past caucuses. Biden, meanwhile, leads among older voters."