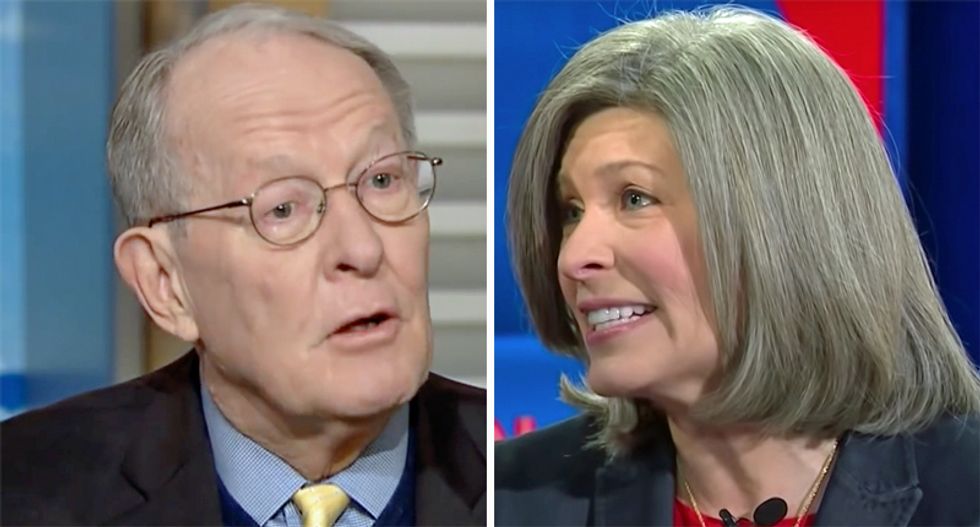 Two Republican senators have criticized for soliciting foreign election interference in the 2020 presidential election, but believe he has learned his lesson and will not continue to cheat. That contention, however, did not hold up under the scrutiny of a Washington Post analysis by Aaron Blake.

"As President Trump’s impeachment trial winds down, the argument from some Senate Republicans is trending in a very specific direction: What he did was perhaps wrong, but it wasn’t impeachable. The message to Trump seems to be: Please don’t do it again," Blake explained. "They sound awfully certain that he won’t, though, despite plenty of reasons to be skeptical Trump will be chastened by this."

The analysis noted an appearance by Sen. Lamar Alexander (R-TN) on NBC's "Meet the Press" and one by Sen. Joni Ernst (R-IA) on CNN's "State of the Union" where they suggested Trump had been chastened.

Blake noted three pieces of showing the "potential folly of such a prediction."

The first was the fact that Trump's July 25th phone call with Ukrainian President Volodymyr Zelensky occurred, "literally the day after former special counsel Robert S. Mueller III testified to Congress. So Trump had essentially just closed the book on a lengthy, arduous two-year investigation that began with questions about seeking foreign interference in a U.S. election, and he immediately set about seeking foreign help on a matter that could impact the next election."

The second piece of evidence was Trump suggesting to ABC News in June that he would consider accepting foreign election interference.

"Not only was Trump not chastened by the Russia investigation; he wasn’t even chastened by the impeachment process, as Alexander and Ernst now predict he will be. Trump on Oct. 3 solicited a third country for something that could help in an election, when he urged China to investigate Hunter Biden. This suggestion came just one week after House Speaker Nancy Pelosi (D-Calif.) launched the impeachment inquiry," the experience explained.