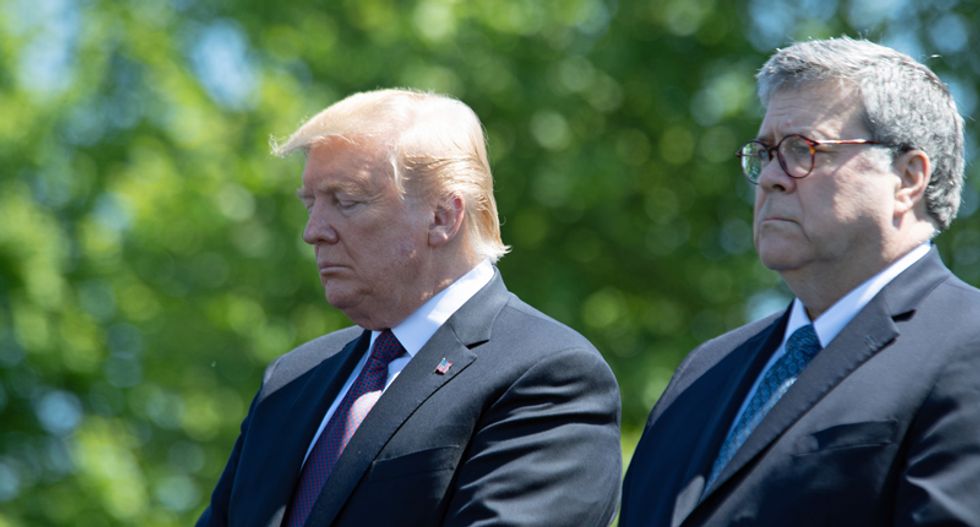 Attorney General William Barr is psychologically manipulating Americans to question the legitimacy of the Department of Justice, a former DOJ spokesperson charged on Saturday.

"The Justice Department in the Trump era has repeatedly tasked U.S. attorneys from far-flung offices to parachute into politically explosive cases in Washington, raising concerns among current and former officials that agency leaders are trying to please the president by reviewing and reinvestigating cases in which he is personally or politically invested," the newspaper reported.

Miller offered a terrifying theory for what is motivating Barr to do "enormous harm" the DOJ's reputation.

“If this Justice Department had done it once, you might understand, but they have done it over and over, and it’s only ever to re-examine an outcome that the president didn’t like,” he noted.

“When you are constantly launching politically motivated probes, the public can’t tell which investigations are legitimate and which are political, and ultimately they question everything. And that is clearly part of the goal," Miller concluded.

The Trump Justice Dept. has parachuted 5 different US Attorneys from around the country into various politically-ch… https://t.co/tloMy6E6Tq
— Devlin Barrett (@Devlin Barrett)1581811785.0