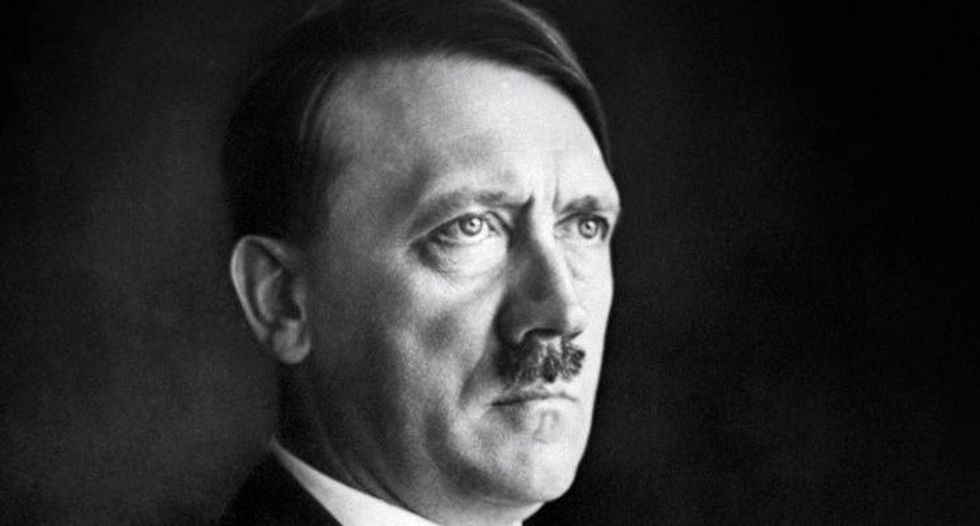 Adolf Hitler's admiration for German composer Richard Wagner is well-documented, but that the Nazi dictator attempted to write an opera himself will come as a surprise to many.

Nevertheless, a page of the work, entitled "Wieland der Schmied" (Wieland the Smith), goes on display to the public for the first time in a new exhibition on the "Young Hitler" opening in Austria this weekend.

A piano sketch of the first page, made by one of Hitler's few friends as a young man, August Kubizek, dates from 1908 when the future Nazi leader would have been around 20.

Long speculated about, but never before seen in public, the manuscript was apparently written after Hitler had had only a few months of piano lessons, says Christian Rapp, one of the exhibition's curators.

And it clearly demonstrated the future dictator's "inflated sense of his own abilities", Rapp told AFP.

The single sheet is believed to be the only surviving page of an ambitious project based on Germanic mythology that closely apes an unfinished work of the same name by Wagner himself.

The exhibition, entitled "Young Hitler: the Formative Years of a Dictator", opens in Sankt Poelten in Lower Austria on Saturday and among the exhibits is a range of objects belonging to Hitler collected by Kubizek between 1907 and 1920.

Kubizek initially kept them as mementos of his own youth before later realising they might be of historical importance.

They include letters and postcards written by Hitler to Kubizek, as well as paintings and architectural sketches by the young man -- who was born on April 20, 1889 in the Austrian town of Braunau am Inn and whose artistic abilities regularly fell short of his grandiose ambitions.

He sat the entrance examination for admission to Vienna's Academy of Fine Arts in both 1907 and 1908, but failed both times.

Nevertheless, Hitler was always quick to find a scapegoat for his failures, said Rapp.

"Whenever something went wrong, it was always somebody else's fault, not his own," the expert said.

Co-curator Hannes Leidinger said that even those who knew Hitler at a tender age in Austria testified to his "intransigent, aggressive" character.

For Rapp, the young Hitler "was already 'a bomb', if you like. World War I provided the fuse and then it was ignited in Germany -- but you can make out the ingredients during his time here in Austria".

In addition to tracing Hitler's personal history, the exhibition also seeks to explore the political and social context in Austria at the turn of the 20th century.

In particular, it tries to explain how many of the ideas that would gain such prominence in Nazi ideology -- racism, anti-Semitism, militarism -- had long since reached the mainstream of Austrian society, including among sections of the left.

Austria has had a complex relationship with its Nazi past.

For decades after World War II, successive Austrian governments insisted the country was a victim of the Nazi regime and sought to downplay the complicity of many Austrians in the Nazis' crimes.

The curators said they hoped the exhibition would help shed light on Hitler's character, and also dispel the ideas that underpinned his genocidal ideology.

"Ways of thinking take so long to become widespread in a society, and they take as long to be dismantled... we will have work at that for decades," Rapp said.