Homelessness among students increases 137% under Trump -- the highest in years 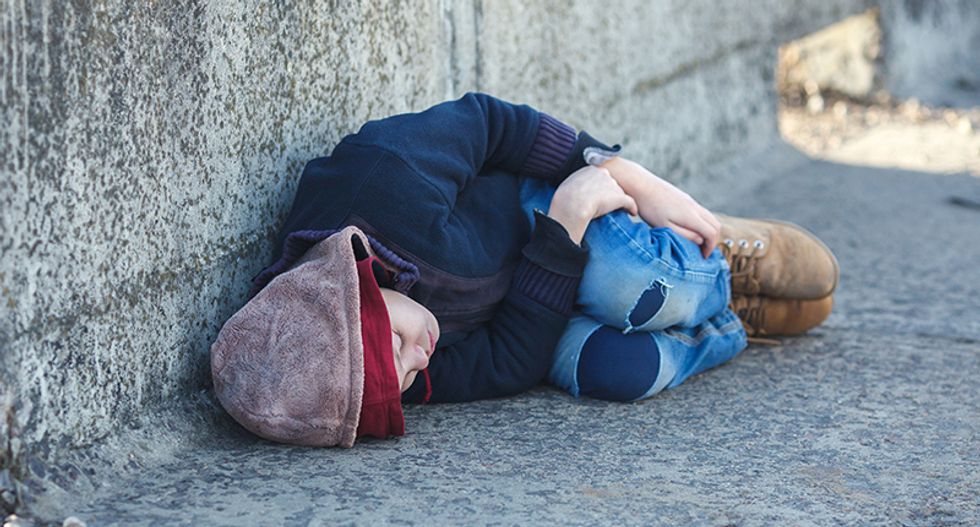 President Donald Trump spent $11 million on a campaign ad during the Super Bowl to tell the country he's created the best economy in American history. But for the 1.5 million children struggling with homelessness in the United States, it isn't exactly the case.

As Trump biographer David Cay Johnston explained Monday, the economy isn't anything to brag about. The New York Times reported the results of a recent study from the National Center for Homeless Education showed that during the 2017-2018 school year, homelessness among students saw a 137 percent increase.

"It was the highest number recorded in more than a dozen years, and experts said it reflected a growing problem that could negatively affect children’s academic performance and health," the Times explained.

There are three main points of cause: first, is that the economy isn't as great as the president thinks. Second, the impact of natural disasters was so serious that many children and their families were forced to live in hotels until disaster relief was granted to their area. Finally, one of the greatest problems is the opioid crisis, which the administration has been fighting with a tired "just say no" policy.

“The ripple effect here is real,” the Times cited Dr. Megan Sandel, director of the Grow Clinic at the Boston Medical Center. She explained that housing instability can cause developmental delays and account for poor health in children.

You can read the full report at The New York Times.