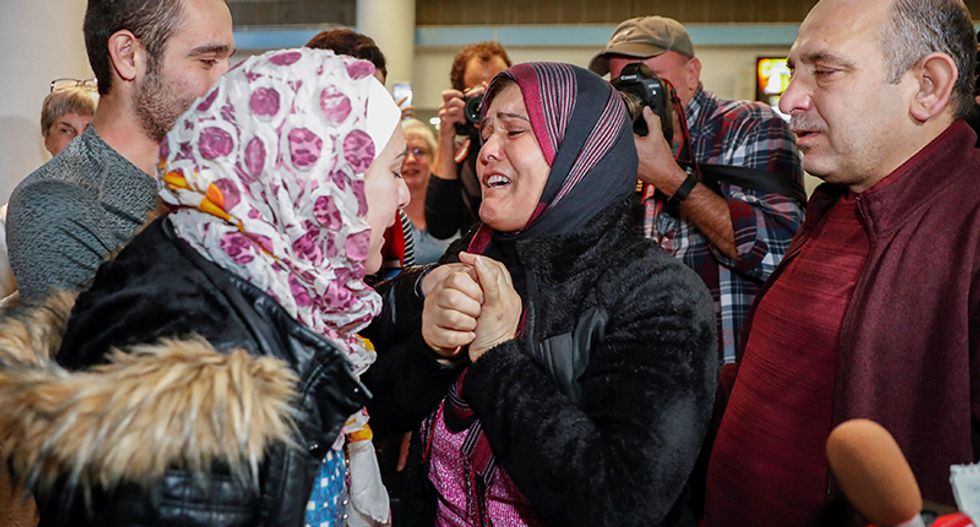 UN chief Antonio Guterres launched a "call to action" on Monday against rising attacks on human rights, highlighting the persecution of minorities and "alarming levels of femicide".

"Human rights are under assault," said the secretary-general as he opened the UN Human Rights Council's main annual session in Geneva.

"People are being left behind. Fears are growing," he said, pointing to swelling divisions and political polarisation in many countries.

"A perverse political arithmetic has taken hold: divide people to multiply votes," he said, warning that "the rule of law is being eroded".

Guterres said civilians were being "trapped in war-torn enclaves, starved and bombarded in clear violation of international law" as well as "human trafficking, affecting every region in the world, preying on vulnerability and despair".

He also said women and girls were being "enslaved, exploited and abused", "activists tossed in jail, and religious and ethnic minorities groups persecuted".

"Let us not deliver to our young people and to their children an uncontrollable firestorm of intersecting and escalating human rights crises," she told the council.

Guterres launched a "call to action" to "people everywhere" to take action in seven areas -- including halting violence against women and girls, boosting protection for people trapped in conflict and recognizing the challenges created by the climate crisis and new technologies.

'We will speak out'

"We see a pushback against women's rights, alarming levels of femicide, attacks on women human rights defenders, and the persistence of laws and policies that perpetuate subjugation and exclusion," Guterres said.

He said work towards gender equality "starts within", stressing that the UN had already achieved gender parity across its most senior ranks and promised to achieve the same throughout the UN system by 2028.

Guterres, who mentioned no countries by name, has faced criticism for not speaking out more forcefully against rights violations carried out by powerful countries like the US, Saudi Arabia and China -- appearing to opt instead for behind-the-scenes diplomacy.

Kenneth Roth of the Human Rights Watch NGO welcomed the call to action but said it would succeed only if Guterres "does not shy away from naming abusers".

Guterres said the UN could sometimes work alongside governments, behind the scenes or at other times "we will speak out, identifying both violations and violators".

"There is a place for each of these approaches, and often all three at once," he said.

Guterres also insisted national sovereignty could not be used as a pretext for rights violations -- appearing to criticise an argument used by China, Russia and Venezuela among others against UN investigations into abuse claims.