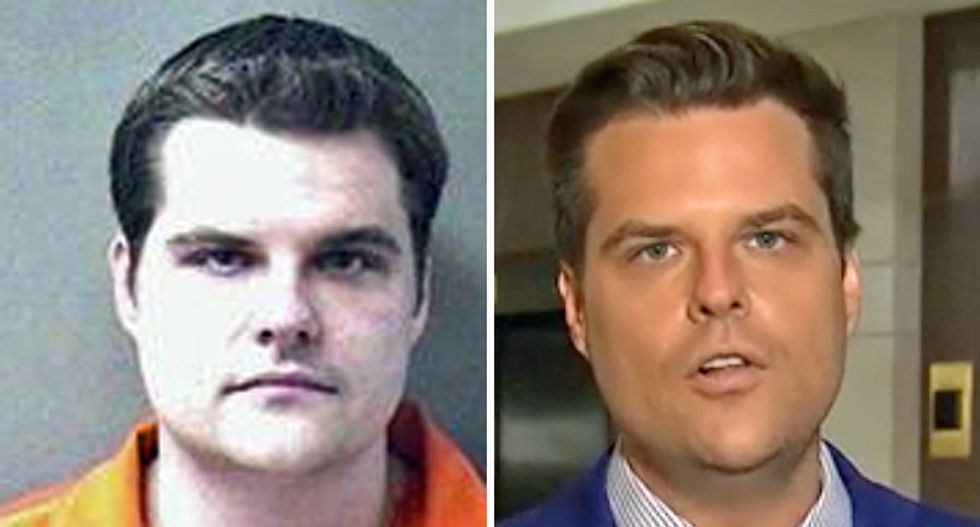 Controversial Florida Republican Matt Gaetz was disappointed on Saturday that former acting FBI Director Andrew McCabe will not be imprisoned -- despite the fact the DOJ found no grounds on which to even prosecute the former official.

"It’s a disgrace that Andrew McCabe isn’t going to be behind bars," Rep. Gaetz posted on Twitter. "We can’t live in a world where an old FBI business card doubles as a 'get out of jail free card' when people break the law."

The comment was quickly blasted online. Here's some of what people were saying:

@RepMattGaetz We can’t live in a world where the president uses the atty general to interfere in his friends’ sentences.
— iggieowned (@iggieowned)1581790578.0

@RepMattGaetz Republicans don't have the right to complain about miscarriages of justice after Republicans in the S… https://t.co/QK7mTGXrcY
— Andrew Roslak (@Andrew Roslak)1581793229.0

@RepMattGaetz Behind bars? He hasn't even been charged with a crime, let alone convicted. Now on the other hand, R… https://t.co/emLiVYul6Y
— Kel Varnsen (@Kel Varnsen)1581788496.0

@RepMattGaetz @RepMattGaetz is competing with @SenRickScott for the prestigious Florida Dufus politician of the yea… https://t.co/NdzJiUklbb
— daniel davis (@daniel davis)1581798399.0

@RepMattGaetz It’s a disgrace that Andrew McCabe HAD TO BE SUBJECTED TO THE WRATH OF KNOWN MOBSTER DONALD TRUMP.… https://t.co/gBv3gpCibz
— MOB=March on Blue🧢 (@MOB=March on Blue🧢)1581788978.0

@RepMattGaetz People like Gaetz are helping Trump convert our country into an authoritarian state, in which the lea… https://t.co/De2SQnOFFZ
— Chris Jazwinski (@Chris Jazwinski)1581790575.0

@RepMattGaetz He did not break the law. I know you have forgotten everything you might have learned in law school… https://t.co/D0k7RXhhL0
— kathleen 🇺🇸 (@kathleen 🇺🇸)1581792505.0