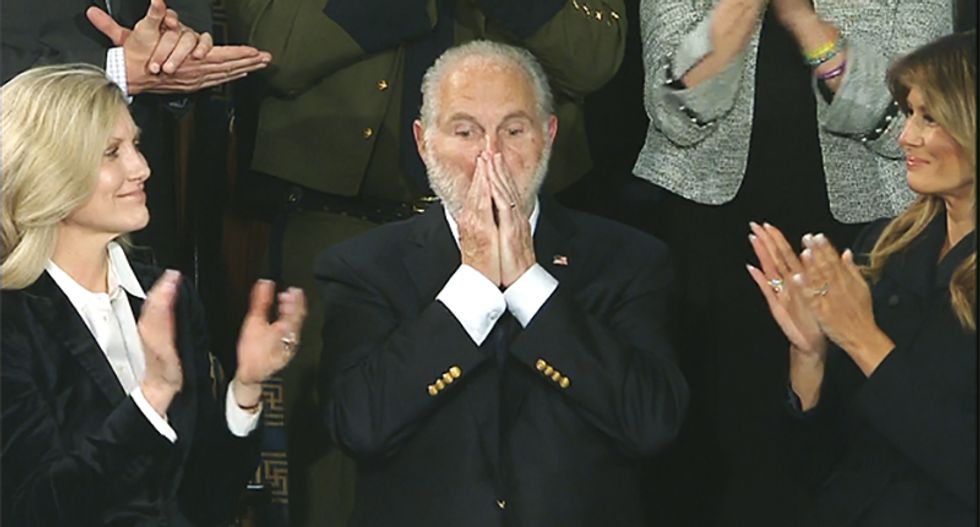 Right-wing talk radio host Rush Limbaugh was welcomed as a saint to President Donald Trump's State of the Union Address Tuesday. He is suffering from advanced lung cancer and arrived to the address in a wheelchair. While he was able to walk down the stairs to his seat and stand, it was evident he wasn't well.

While the honoring of Limbaugh was swift after the news broke that Limbaugh's health was so bad.

But the internet remembered Limbaugh differently. When Fox first came out about his diagnosis he appeared in videos where it was clear he had the tremors that are noticeable about the disease. Limbaugh responded to the promotion Fox was doing to help bring awareness to the disease.

"He's either off his medication or acting," said Limbaugh. "He's an actor after all."

He was then forced to apologize.

Fox spoke to Katie Couric on Oct. 27, 2006, where he responded to Limbaugh's attacks.

You can see some of the comments and the video below:

I remember when Rush Limbaugh,laughed & joked about Eric Garner not being able to breathe. Rush ridiculed & mocked… https://t.co/zpNJUR8wjL
— San (@San)1580775751.0

@RudyGiuliani @realDonaldTrump Oh, you must have missed his mocking of #MichaelJFox or others with illnesses.
— Dana Adams (@Dana Adams)1580873097.0