Iran says they're counting down to launch new satellite 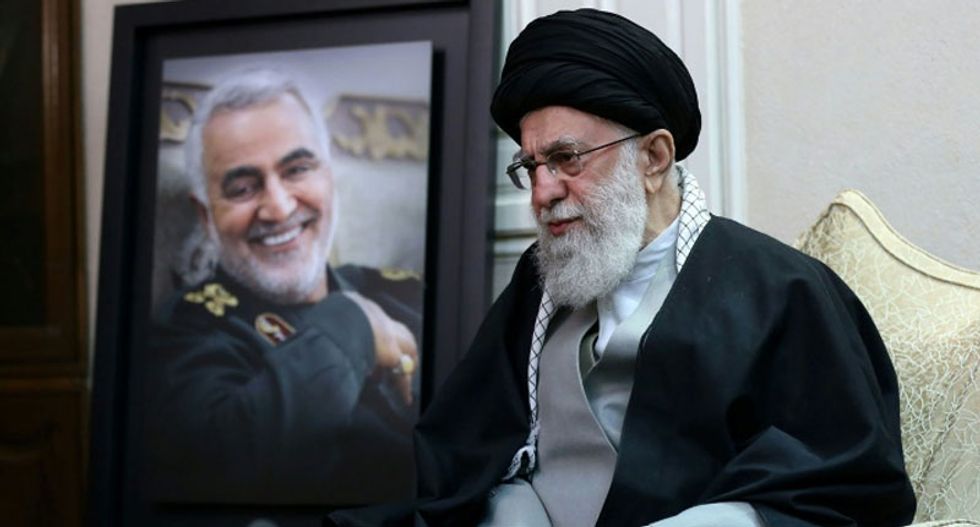 Iran started counting down Sunday to the launch within hours of a scientific observation satellite that is part of a programme the United States has previously described as a "provocation".

The arch foes have appeared to be on the brink of an all-out confrontation twice in the past seven months.

Long-standing acrimony between Tehran and Washington was exacerbated in 2018 when US President Donald Trump unilaterally withdrew from a deal that froze Iran's nuclear programme, before and issuing new demands that Tehran curtail its development of ballistic missiles.

Washington has also raised concerns in the past about Tehran's satellite programme, saying the launch of a carrier rocket in January 2019 amounted to a violation of limits on its ballistic missiles.

Iran maintains it has no intention of acquiring nuclear weapons, and says its aerospace activities are peaceful and comply with a UN Security Council resolution.

Iran's telecommunications minister, Mohammad Javad Azari Jahromi, announced the impending launch by tweeting: "Beginning countdown to launch #Zafar_Satellite in the next few hours... In the Name of God."

He did not specify when the satellite would be fired into orbit.

Its "primary mission" would be to collect imagery, Morteza Berari told AFP, adding that Iran needed such data to study earthquakes, deal with a range of natural disasters and develop its agriculture.

The Zafar was designed to remain operational for "more than 18 months", he added.

While the Islamic republic's satellite programme has sparked concern among some Western countries, Berari said Iran supported the "peaceful use of outer space".

Iran also unveiled on Sunday a new a short-range ballistic missile and its "new generation" of engines designed to put satellites into space.

The Revolutionary Guards' Sepahnews website said the Raad-500 missile was equipped with new Zoheir engines made of composite materials that make them lighter than previous steel models.

It also unveiled Salman engines made of the same materials but with a "movable nozzle" for the delivery of satellites into space, allowing "manoeuvrability beyond the atmosphere".

In January 2019, Tehran announced that its Payam -- "Message" in Farsi -- satellite had failed to reach orbit, after authorities said they launched it to collect data on the environment in Iran.

The United States said the launch of the carrier rocket was a violation of a 2015 UN Security Council resolution endorsing the international accord on curbing Tehran's nuclear programme.

Resolution 2231 called on Iran to refrain from any activity related to ballistic missiles capable of delivering nuclear weapons.

Tehran confirmed in September that an explosion occurred at one of its satellite launch pads due to a technical fault, and slammed Trump for "gleefully" tweeting about it at the time.

Trump said the US had nothing to do with what he called a "catastrophic accident" at Semnan Space Centre in a tweet alongside a high-resolution picture pointing to apparent damage at the site.

The Zafar's scheduled launch comes days before the 41th anniversary of the Islamic Revolution and crucial parliamentary elections in Iran.

It also comes at a time of heightened tensions between Tehran and Washington, after a January 3 US drone strike killed top Iranian general Qasem Soleimani in Baghdad.

Iran retaliated days later by firing a wave of missiles at American troops stationed in Iraq.

Its defence forces had been braced for US retaliation when they accidentally shot down a Ukraine International Airlines flight a few minutes after take-off from Tehran on January 8.

Iran says its internet services have faced cyber attacks for the past two days, without elaborating on the source of the attack or the likely motives.

Replying to a citizen's tweet that asked what if the Zafar rocket fails like its predecessor, Jahromi said "we will try again".

Iran's on-off space programme unsettles some Western nations as the technology used in space-bound rockets can also be used in ballistic missiles.

The Islamic republic fired its first satellite into orbit in February 2009, and it went on to successfully launch satellites in June 2011, February 2012 and February 2015.

It has also sent monkeys, a turtle, mouse and worms into space.