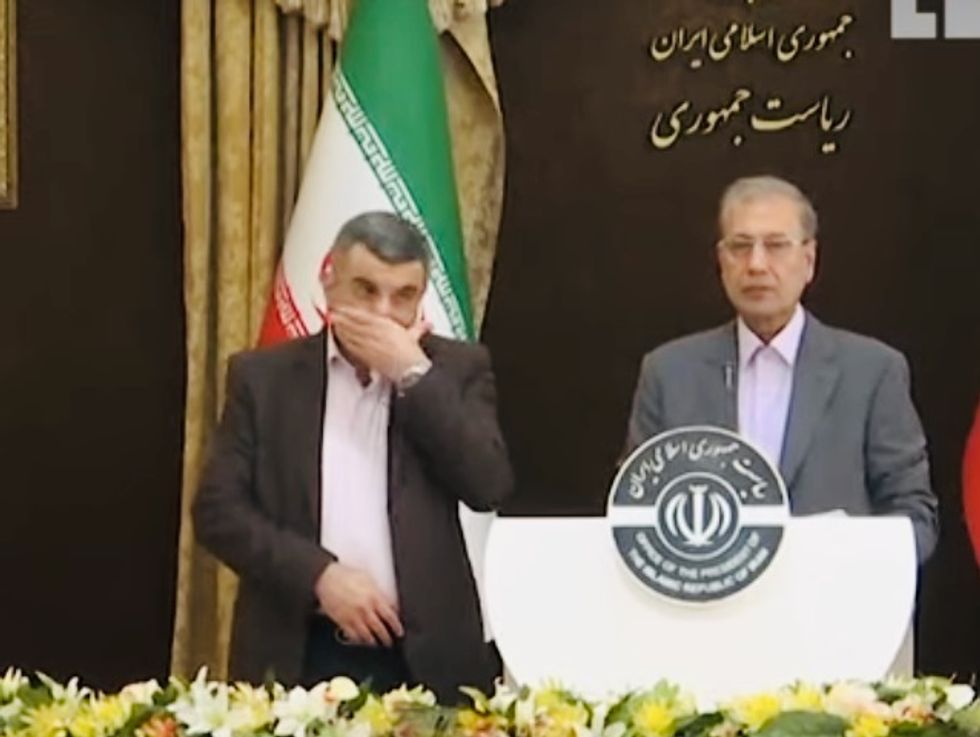 Iran's deputy health minister confirmed on Tuesday that he has tested positive for the new coronavirus, amid a major outbreak in the Islamic republic.

Iraj Harirchi coughed occasionally and wiped sweat from his brow repeatedly during a news conference in Tehran on Monday with government spokesman Ali Rabiei.

At the time, he denied a lawmaker's claim that 50 people had died from the virus in the Shiite shrine city of Qom, saying he would resign if the number proved accurate.

In a video broadcast on state television, the deputy minister put on a brave face as he admitted he was infected.

"I too have been infected with coronavirus," Harirchi said in the video apparently shot by himself.

"I had a fever as of last night and my preliminary test was positive around midnight," he said.

"I've isolated myself in a place since. A few minutes ago, I was told that my test was final, and now I am starting medication.

'Virus does not discriminate'

"I wanted to tell you that... we will definitely be victorious against this virus in the next few weeks," Harirchi declared.

But he warned Iranians to be careful as the "virus does not discriminate" and infects anyone, regardless of their standing.

Following news of Harirchi's infection, government spokesman Rabiei, who stood by his side on Monday, appeared at another news conference on Tuesday with the country's industries minister and other officials.

A prominent Iranian reformist politician, Mahmoud Sadeghi, also announced he had tested positive for the virus.

"My coronavirus test was positive. I send this message but I don't have much hope of staying alive," Sadeghi said in a tweet.

He used the occasion to call on the judiciary to provide prison leave time to those detained over political and security charges so that "they can go through this epidemic with their families".

The Islamic republic has been hit by the deadliest coronavirus outbreak by far outside China, the epidemic's epicentre.

According to the health ministry, most of the deaths and infections outside Qom are among people who have recently visited the holy city.

The ministry's spokesman Kianoush Jahanpour said 16 of the new cases were confirmed in Qom, while nine were in Tehran, and two each in Alborz, Gilan and Mazandaran.

The virus appeared to be spreading to new parts of Iran, as one new case was also reported in the provinces of Fars and Khorasan Razavi, as well as Qeshm island.

Despite being the epicentre of the outbreak in Iran, Qom has yet to be quarantined.

Health Minister Saeed Namaki defended the decision on Tuesday and said that quarantine was an "old method".

"We still do not agree with quarantining cities since we believe the people are cultured enough to refrain from travelling from infected cities to other places," semi-official news agency ISNA quoted him as saying.