Ireland votes in 'three horse race' to form next government 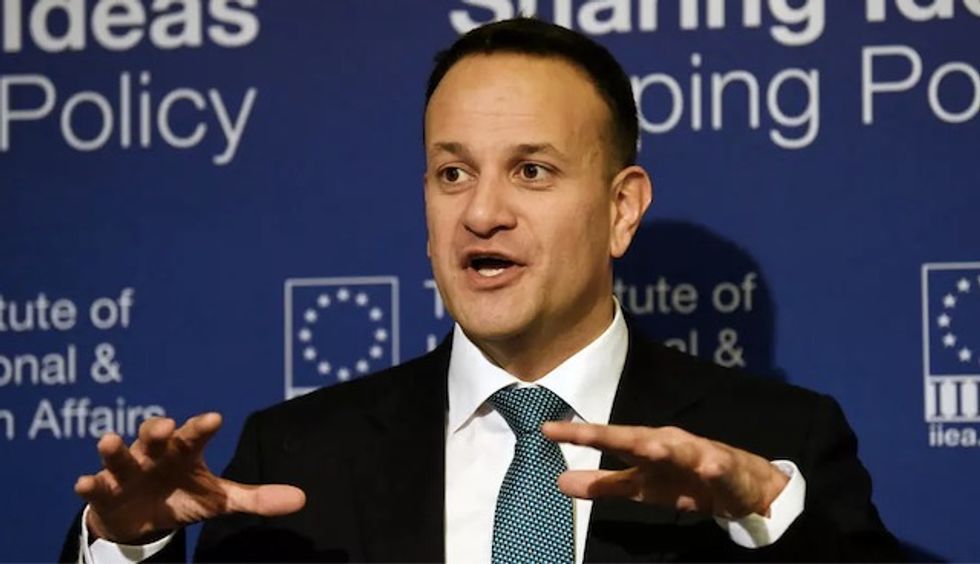 Ireland began voting in a general election Saturday, with Prime Minister Leo Varadkar hoping to secure a new term on the back of Brexit but voters likely to judge him more on his domestic record.

Polls opened across the country at 0700 GMT, although a small number of islands off the west coast voted Friday to allow for rough seas that could disrupt the transport of ballots by boat.

About 3.3 million people are eligible to vote to elect 159 members of the Dail, the lower chamber of parliament in Dublin.

Varadkar’s Fine Gael party has been in power since 2016 but polling suggests they are trailing center-right rivals Fianna Fail and republicans Sinn Fein.

On Monday, Sinn Fein, the former political wing of the IRA paramilitary group, were out in front with 25%, Fianna Fail with 23% and Fine Gael with 20%.

“This election is wide open,” Varadkar said at his final campaign stop in the western town of Ennis on Friday. “It’s a three horse race, three parties, all within shouting distance of each other.”

An open frontier was a key requirement of the 1998 peace agreement that largely ended three decades of violence over British rule in the north, which left more than 3,000 dead.

Varadkar has warned voters that Brexit is “not done yet,” as London prepares for talks with Brussels to secure a longer-term trade deal in record time before the end of this year.

Failure to do so could present an “existential threat” to the Irish economy, he said.

But experts suggest he may have miscalculated the public mood with surveys indicating Brexit was a low concern among the electorate.

Other parties have hammered Fine Gael over failings in health care, housing and homelessness. Varadkar acknowledged he understood that Friday.

“You want us over the next three years to focus on issues like health and housing with the same passion and intensity that we’ve focused on Brexit in the past three years,” he said.

Varadkar is Ireland’s first mixed race and openly gay premier who has come to represent a more socially progressive Ireland after years of dominance by the Roman Catholic church.

But despite Brexit, and landmark votes to overturn strict abortion laws and introduce same-sex marriage, some predict he could be on his way out.

“Varadkar is young, he’s gay, he looks like part of the new Ireland,” Eunan O’Halpin, of Trinity College Dublin, told AFP. “Yet his personal popularity appears to have dipped, and that of his party has dipped very significantly.”

A three-way race led by left-wing Sinn Fein is a new dynamic for the Republic, where governments have been historically dominated by Fine Gael and Fianna Fail.

Since 2016 Fianna Fail have propped up Fine Gael in government with a confidence and supply arrangement that could implicate them in the perceived failings of the government.

“(Young people) blame the current government and coalition of parties in government for this mess,” said O’Halpin about the housing shortage.

Despite its opinion poll lead, Sinn Fein, which wants to unite Northern Ireland with the Republic, is only fielding 42 candidates and cannot form a majority government even if they all win.

Both Varadkar and Fianna Fail leader Micheal Martin are adamant they will not form a coalition with Mary Lou McDonald’s party.

On Friday, Martin said Sinn Fein, which was once led by Gerry Adams, “have not cleaned themselves from their bloody past.”

“The only party who can lead an alternative government is Fianna Fail,” he said in his home city of Cork.