Is being a billionaire a disqualifier for office? 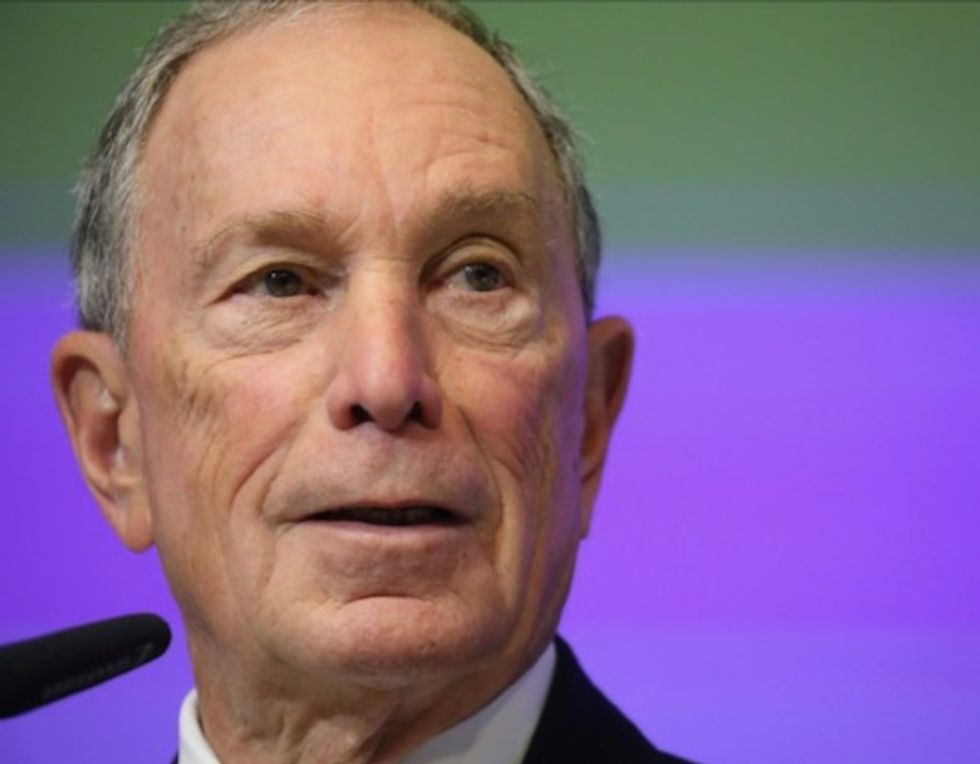 As predicted in this space back in December, phase one of the Bloomberg 2020 media coronation is well underway.

The former Mayor of New York City has spent years funneling hundreds of millions of dollars to non-profits, cultural institutions, the academy, and political candidates. Now, it has paid off with a bumper crop of endorsements.

In the process, he has collapsed former Vice President Biden's support in the African-American community in South Carolina over just several news cycles.

Yet the so-called news coverage of Bloomberg's rise to presidential candidate has largely been vacuous horserace punditry, and on Trump and Bloomberg tweeting at each other.

What I have yet to see is the talking heads debating whether great wealth, on the scale of the fortunes of Bloomberg and Trump, should disqualify one from holding our nation's highest public office.

uperiority and closeness to a higher transcendent power.

Conversely, being poor has always been seen as a sign of moral defect in America. How else do you explain the way we criminalize the homeless? Or how we throw people in prison for being behind on paying their medical bills, as recently documented by ProPublica?

Historically, our government was the place the population turned to for protection against the predations of the slave masters and the robber barons. Yet, in the 21st century there's a growing clamor to hand the Oval Office over to a cyber-oligarch like Bloomberg, as if he were an antidote to the last billionaire the media machine foisted on us.

The media has consoled itself that Donald Trump's abusive gyrations are merely a function of his unique eccentric personality, without examining how a lifelong fixation on wealth could be the manifestation of a pathology. That pathology has had severe repercussions for the nation and the world.

It is very possible based on his behavior that Michael Bloomberg, who has accumulated tens of billions of dollars more than Trump, suffers the same pathology.

Could it be that vast wealth accumulation on the scale we are talking about is itself a manifestation of the malignant narcissism that's plaguing the current occupant of the White House?

"Really, in order to make that much money off of other people's labor by giving people less and taking more for yourself, you have to lose compassion for those other people to accumulate more and more," said Dr. Harriet Fraad, a psychotherapist and host of the podcast "Capitalism Hits Home: Faith, Family and America's Future." "What happens to billionaires is that they are no longer earning to buy this or that, have this or that, or even to be free of economic worry and anxiety. They are motivated to accumulate more and more for themselves, which becomes for them 'winning.'"

As mayor, Bloomberg exhibited a unique capacity to be utterly detached from the human misery in his vicinity. You may not have a feel for it unless you were on the streets of New York City like I was, working for WNYC during those Bloomberg years.

In neighborhoods of color it was like apartheid. The NYPD went from inflicting around 80,000 stop-and-frisks in 2002 —Bloomberg's first year — to 685,700 by 2011. After massive protests, the city relinquished its racist policy slightly, and the number of stop-and-frisks went down a "mere" 532,900 the next year.

In 2013, U.S. District Court Shira Scheindlin ruled the practice as executed by the NYPD as unconstitutional.

The phrase "stop & frisk" is an benign-sounding white liberal euphemism for the process of shoving innocent young men of color against a wall and patting down — or worse. These random encounters, driven by an actual quota system, escalated into police-sanctioned assaults, the jailing of innocent people, lost scholarships, lost jobs, and broken lives. The scale of Bloomberg's policy, and the social and physical harm it reaped, deserves its own reparation committee.

It was a loser policy all the way around — for the young people of color victimized, for the taxpayers, the criminal justice system, and even the police themselves.

"Mayor Bloomberg could have saved himself this apology if he had just listened to the police officers on the street," said New York City Police Benevolent Association President Pat Lynch after Bloomberg's first apology back in November. "We said in the early 2000s that the quota-driven emphasis on street stops was polluting the relationship between cops and our communities."

Lynch went on to say Bloomberg's "misguided policy inspired an anti-police movement that has made cops the target of hatred and violence."

But even as Bloomberg was pressing stop-and-frisk in communities of color, he was block and tackling for his pals over on Wall Street who were in the midst of pillaging Main Street and MLK Blvd.

Ironically, it is the hyper-anxiety over "winning" that has so many voters, traumatized by the prospect of four more years of Trump, suspending their critical faculties and overlooking Bloomberg's very real electoral vulnerabilities.

They are reflexively turning to Bloomberg as a sure bet to beat the Don in November. As children lost in the forest of tyranny, they figure Mayor Mike will be their Daddy Warbucks, who will save them from the orange menace.

Hence, they push back when I raise the issue about Mike Bloomberg's failure to disclose his taxes for 12 years while he was Mayor and his cynical ploy of applying for a extension on his legally required Federal Election Commission disclosure forms until after Super Tuesday.

"You wouldn't find anything if he did disclose," said a news media executive working as a consultant for Bloomberg 2020. Another journalist, not on the Bloomberg payroll but an Elizabeth Warren backer, worried any deep press inquiry of the former Mayor would help the Don's re-election.

What Bloomberg apologists don't get is that it is not just about what one might find in those tax filings. It's about a candidate having the humility to submit themselves for inspection to the voters out of respect for them.

In the introduction to the re-issuing of his book "Trump Nation: The Art of Being the Donald," journalist and top Bloomberg advisor Tim O'Brien described Trump's base:

"He has won the allegiance of a voting bloc that mainstream political, media and business institutions overlooked for the better part of a decade: working-class, post-industrial Americans thrown to the ground by the forces of economic globalization and the long, uprooting of the 2008 financial crisis."

O'Brien's timeline is off by a couple of decades or more.

The elites were oblivious to the circumstances of the American people for much longer than that. Since the 1970s, the American working class has been robbed of meaningful wage growth, which was substituted with household debt. At the same time, the billionaire class captured our politics at the state and national level and flipped the script on taxation so that financiers and the super-rich paid less in taxes than the majority of the country that earned their daily bread by the sweat of their brow.

And while generation after generation of Americans fought and died for our country, the bi-partisan succession of global free traders (Reagan-Bush-Clinton-Bush-Obama) helped American multinationals betray the heartland and abandon her cities. And all of this was subsidized by our tax code and an ever-expanding military that made the world safe for the spawning of the global corporate behemoths that successfully played the world's nations off of each other.

It's this globalization of wealth and debt that has made Mike Bloomberg one of the world's wealthiest men. And he's running now to protect that pyramid he sits atop.

The psycho-social wounds from several million foreclosures and $20 trillion in household wealth stolen by Mayor Mike's Wall Street pals endures. Even though Trump's tenure has only accelerated wealth inequality, there's a public and media narrative he's delivered for his people.

And it would not take a media genius to tie Mayor Mike to Wall Street's unprosecuted crime wave. What's the one tool they all needed as they foreclosed on America and played tax dodgeball in the Caymans while buying our politics?

That's right, their ever-handy Bloomberg Terminal — which, according Bloomberg Professional Services, is "a global icon sitting on the desks of 325,000 of the world's most influential decision makers" that gives these titans of finance real-time pricing to make a killing on their assets.

So, Mayor Mike is going to save the planet, but he needs more time on his forms?

Early on in the Bloomberg launch there was some push back from the neoliberal crowd when Nina Turner, a national co-chair for Senator Bernie Sanders, described Bloomberg as an oligarch.

Maybe, after binge-watching Rachel Maddow for years, most Democrats think oligarchs can ONLY be Russians who are friends with Putin.