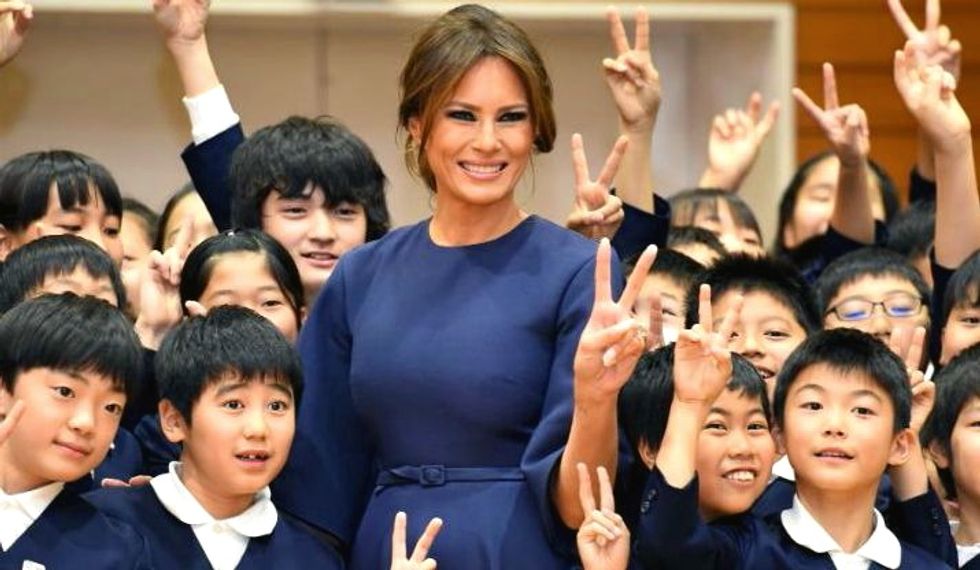 Japan's Prime Minister Shinzo Abe on Thursday urged schools nationwide to close for several weeks to prevent the spread of the new coronavirus, as authorities reported the country's fourth death linked to the outbreak.

The move comes as crew members from the Diamond Princess, a coronavirus-stricken cruise ship quarantined off Japan, began leaving the vessel where more than 700 people have tested positive for the disease.

"The government considers the health and safety of children above anything else," Abe said.

"We request all primary, junior high and high schools... across the nation to close temporarily from March 2 next week until their spring break."

Local media said the call would not extend to nurseries and daycare facilities however.

"Efforts to prevent the spread of infections among children are being made in various areas," Abe added.

Many public elementary schools and junior high schools in northern Hokkaido, where the death of a man in his 80s infected with the virus was confirmed on Thursday, were already closed after a cluster of infections prompted the governor to request public schools close for about a week.

The city of Osaka also said it will close its kindergartens, elementary and junior high schools from Saturday for two weeks.

Abe's call comes after the government urged organisers of major events to consider cancelling them, and called on businesses to allow employees to work from home or commute off-peak.

Authorities have said the coming two to three weeks will be critical in determining whether they can stem the outbreak of the virus, which has infected nearly 200 people in the country.

"It's extremely important to prevent one patient cluster from creating another and we think we should take thorough measures," Abe said at a cabinet-level meeting on the virus.

He also urged ministers to work on legislation to minimise the negative impact on the economy and the daily lives of Japanese.

Japanese authorities have progressively stepped up their response to the outbreak, but faced criticism for acting slowly and for their handling of the Diamond Princess, where more than 700 people contracted the virus. Four former passengers have died after becoming ill on board.

Most passengers have now left the boat, including nearly 1,000 who were allowed to leave after testing negative. But several have since tested positive for the virus, and the health ministry admitted others were not tested during the quarantine period.

On Thursday, the health ministry said 240 crew members left the boat and more will disembark in the next couple of days.

Those leaving the boat will be placed in medical observation for 14 days at government-designated dormitories before being allowed to leave Japan, they said.

Hundreds of crew members remained on the vessel to continue operations while Japanese officials placed thousands of passengers in a quarantine after the ship arrived at a port near Tokyo on February 3.

Several government officials working on the ship have themselves contracted the infection, but authorities have defended a policy of not uniformly testing those working on the vessel, arguing that medical experts have the skills to avoid infections.

Aside from the cruise ship, Japan has seen at least 186 cases of infection among the general population with four deaths.

Among them is a woman who contracted the virus but was released from hospital after treatment and a negative test. She was tested again on Wednesday after complaining of renewed symptoms and was found to be positive again.

The woman, a tour guide in her 40s, contracted the virus after coming into contact with visitors from Wuhan, the epicentre of the outbreak.