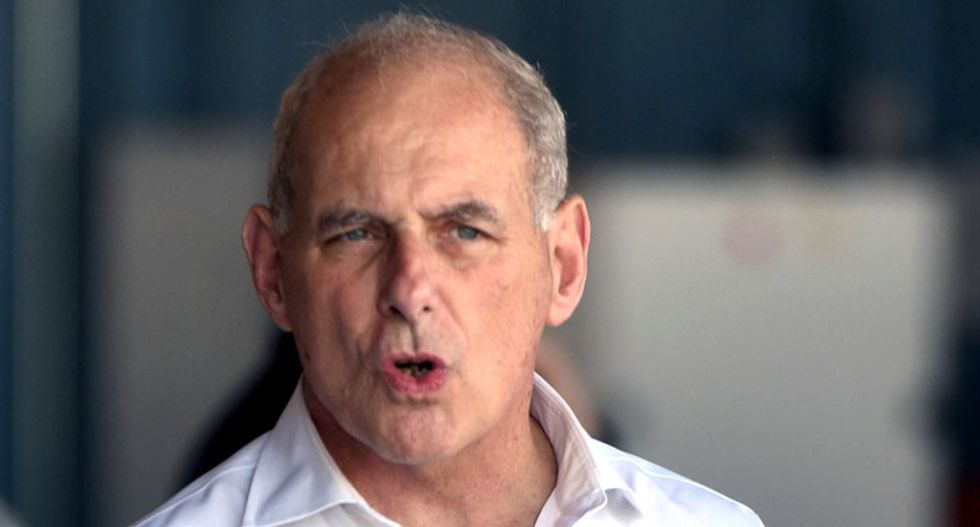 Three years after he was sworn in as president of the United States, one thing that is painfully obvious about Donald J. Trump is that he insists on having unquestioning loyalists in his administration and has zero tolerance for those who aren’t. That’s why Attorney General William Barr, White House Adviser Kellyanne Conway, Secretary of State Mike Pompeo and Education Secretary Betsy DeVos are still in his good graces and why former Attorney General Jeff Sessions, former National Security Adviser John Bolton, former Secretary of State Rex Tillerson and former Defense Secretary James Mattis are all gone. Another major departure from the Trump Administration was that of Marine Corps veteran John F. Kelly, who served as Secretary of the U.S. Department of Homeland Security (DHS) before becoming White House chief of staff in July 2017 and remaining in that position until early January 2019.

Like Bolton, Tillerson and Mattis, Kelly grew incredibly frustrated with Trump; nonetheless, Kelly mostly held his tongue after leaving the White House. But the retired Marine Corps general, during a 75-minute speech and Q&A session at the Mayo Performing Arts Center in Morristown, New Jersey on Wednesday night, February 12, spoke candidly and frankly about Trump. And Kelly wasn’t shy about criticizing the president, who is angrily lashing out at him on Twitter.

The morning after Kelly’s Morristown appearance, Peter Nicholas covered the event in The Atlantic. Trump, on Twitter, boasted about firing Kelly and posted, “When I terminated John Kelly, which I couldn’t do fast enough, he knew full well that he was way over his head. Being Chief of Staff just wasn’t for him. He came in with a bang, went out with a whimper, but like so many X’s, he misses the action & just can’t keep his mouth shut, which he actually has a military and legal obligation to do.”

In other words, Kelly is really getting to Trump.

Here are some of the most riveting moments from the event, which was presented by New Jersey’s Drew University.

The 69-year-old Kelly told the crowd, “Through the Obama Administration up until that phone call, the policy of the U.S. was militarily to support Ukraine in their defensive fight against…. the Russians. And so, when the president said that continued support would be based on X, that essentially changed. And that’s what (Vindman) was most interested in.”

Kelly said of Vindman, “He did exactly what we teach them to do from cradle to grave. He went and told his boss what he just heard.”

2. Kelly asserted that Vindman was right to disobey ‘an illegal order’

On July 25, Trump asked Zelensky to investigate former Vice President Joe Biden and his son, Hunter Biden — and House Democrats, during Trump’s impeachment trial, asserted that Trump made that investigation a condition of military aid to Ukraine (which Trump withheld). Kelly told the crowd in New Jersey that when Vindman heard Trump tell Zelensky that he wanted the Bidens investigated, that was like hearing “an illegal order.”

Kelly explained, “We teach them, ‘Don’t follow an illegal order. And if you’re ever given one, you’ll raise it to whoever gives it to you that this is an illegal order — and then tell your boss.’”

3. Kelly stressed that Trump will never convince Kim Jong Un to ‘give his nuclear weapons up’

Trump once mocked Kim Jong Un, as “Little Rocket Man,” but that was before he met with North Korea’s communist dictator and insisted that he would be able to persuade him to swear off all nuclear weapons. Kelly didn’t mince words in New Jersey, where he told the crowd that Jong Un “will never give his nuclear weapons up. Again, President Trump tried — that’s one way to put it — but it didn’t work. I’m an optimist most of the time, but I’m also a realist. And I never did think Kim would do anything other than play us for a while, and he did that fairly effectively.”

Eddie Gallagher is the U.S. Navy SEAL who was charged with murder in connection with the death of a fighter for ISIS (Islamic State, Iraq and Syria). Gallagher was acquitted of murder in a military court, but was convicted of posing with the ISIS member’s dead body. Trump intervened in the case, opposing the U.S. Navy’s decision to oust Gallagher — and Kelly asserted that Trump should have stayed out of it and let the Navy deal with Gallagher as it saw fit.

“The idea that the commander in chief intervened there, in my opinion, was exactly the wrong thing to do,” Kelly told the crowd in Morristown. “Had I been there, I think I could have prevented it.”