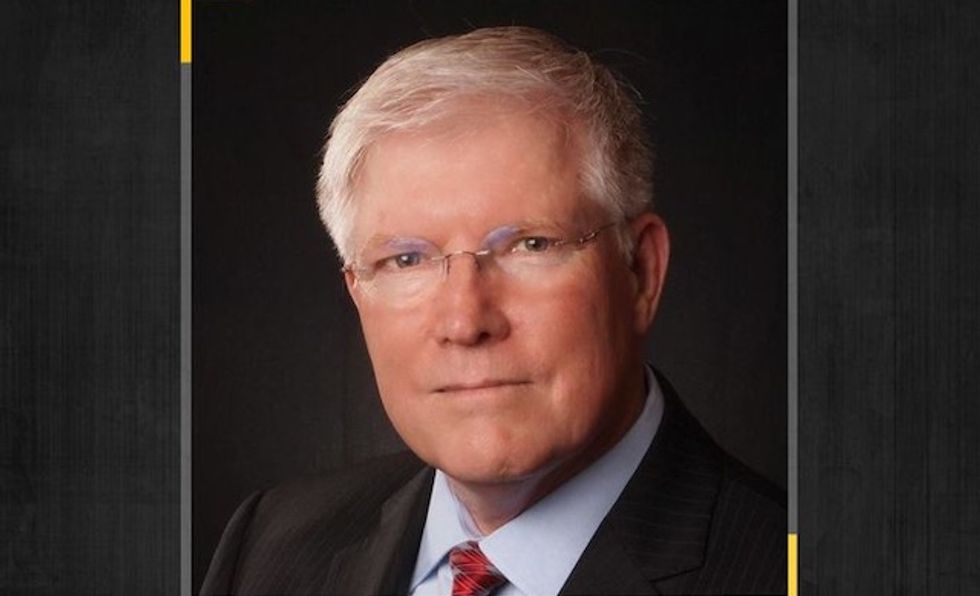 Jerry Zimmerer is a Democratic candidate for chief justice of the state Supreme Court. Social media

Jerry Zimmerer, an appellate judge in Houston, said his campaign differs from Amy Clark Meachum's because “I actually want the best candidate to win.”

Jerry Zimmerer, a Houston appeals court justice running for Texas Supreme Court, said his Democratic primary opponent, Amy Clark Meachum, has “selfish” motivations for running, pointing to the fact that she has cast her campaign to be the first woman elected chief justice of the Texas Supreme Court as a historic one.

“I just think somebody who wants to try to break barriers for their own benefit is not going to be successful,” Zimmerer told The Texas Tribune in an interview Thursday. “I just don’t think that’s what voters are looking for. … I just think that’s a goal she wants to achieve for herself.”

He said his campaign is different because “I actually want the best candidate to win.”

“I may not be the first anything, but I’m going to be the best,” he said.

Meachum said Zimmerer “should run on his own record instead of attacking mine.” Throughout her campaign, Meachum has said she hopes to restore balance to the all-Republican court and champion women in the legal profession.

“If he chooses to disparage a more qualified and experienced judge because of her gender, he’ll find himself on the wrong side of history,” she said. “These sorts of sexist comments are straight from the 1950s.”

Meachum, who was elected to the trial bench in Travis County in 2011, serves as civil presiding judge for all civil and family courts in the county. Previously, she was an equity partner at McGinnis Lochridge in Austin.

Zimmerer was elected to a Houston appeals court in November 2018 amid a Democratic rout of urban appellate courts. Before that, he worked as a trial lawyer and information technology specialist.

In the interview, he said his 14 months as an appellate justice better prepare him for the high court than Meachum’s time on the trial bench.

“She wants to go from being a lowly trial judge all the way up to the top of the pyramid,” he said. “She hasn’t even worked her way up through the appellate level. … Can she point to an opinion where she actually changed the law?”

Meachum has said she is the Democrats’ best chance at winning a seat on the high court for the first time in more than two decades.

“I don’t exactly look like or sound like my primary opponent, my general election opponent, or any of the men who have previously been elected Chief Justice,” she said in a Houston Chronicle questionnaire. “I am making an important statement for women in the law and women in our party in 2020 and I would appreciate your support!”

Reached Friday for comment, Zimmerer said, “As someone who has traveled the state trying to pull together all the different groups that make up the Texas Democratic Party into a cohesive coalition, I have concerns with those who would seek to divide us.”

Three women and six men sit on the Texas Supreme Court. Sharon Keller serves as presiding judge of its sister body, the Texas Court of Criminal Appeals, on which four men and five women sit. Fifty-one percent of the state’s intermediate appellate justices are men, as are 63% of district court judges, according to the most recent state statistics, from September 2019.

Women have led the Supreme Court only once. In 1925, for a single special setting of the Texas Supreme Court, then-Gov. Pat M. Neff appointed three women to hear one case. The lawsuit involved the land rights of Woodmen of the World, a prominent fraternal organization that counted among its members all three male justices on the court at the time, as well as the prominent male attorneys Neff considered as interim appointees. It was six decades before a woman was appointed to sit on the court full time.