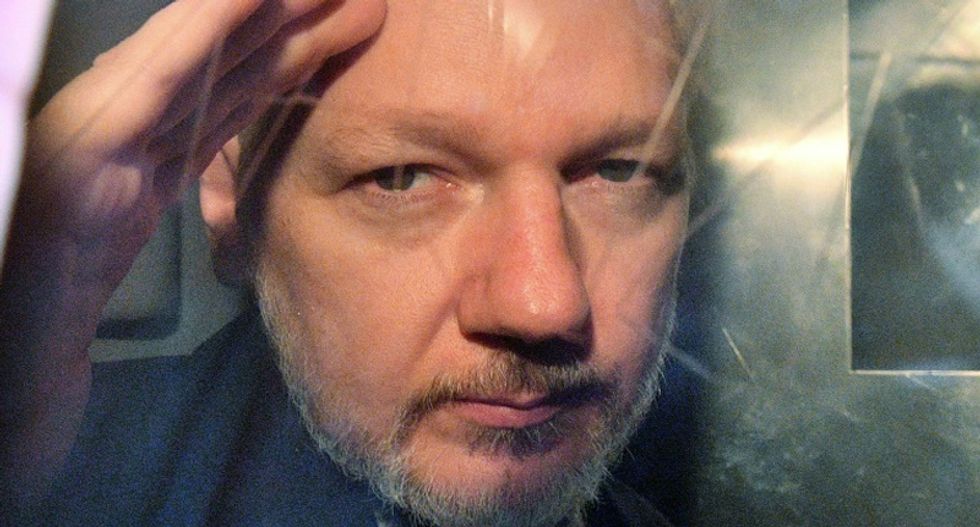 Any Swedish request for Assange will have to compete with an extradition request from the United States, where he is facing charges relating to obtaining and disseminating classified information via the WikiLeaks cables. (AFP/File / Daniel LEAL-OLIVAS)

Wikileaks founder Julian Assange told a British court on Tuesday that he had been promised a pardon by people close to President Donald Trump.

Assange made the remarks while appearing at a pretrial hearing via teleconference.

Courtroom reporter James Doleman broke the news on Twitter. According to Doleman, Assange said that the pardon was conditional on him publicly announcing that Russia had nothing to do with the attack on the 2016 election.

Breaking, at pre-trial hearing for Julian Assange a court has heard that he will be calling a witness who will alle… https://t.co/wubog1yBBR
— James Doleman (@James Doleman)1582129090.0

In 2017, a The Wall Street Journal report said that Rep. Dana Rohrabacher (R-CA) attempted to broker a deal for a pardon or clemency between the White House and Assange.

Assange is wanted in the United States on 18 counts of violating espionage laws and conspiring to hack government computers.