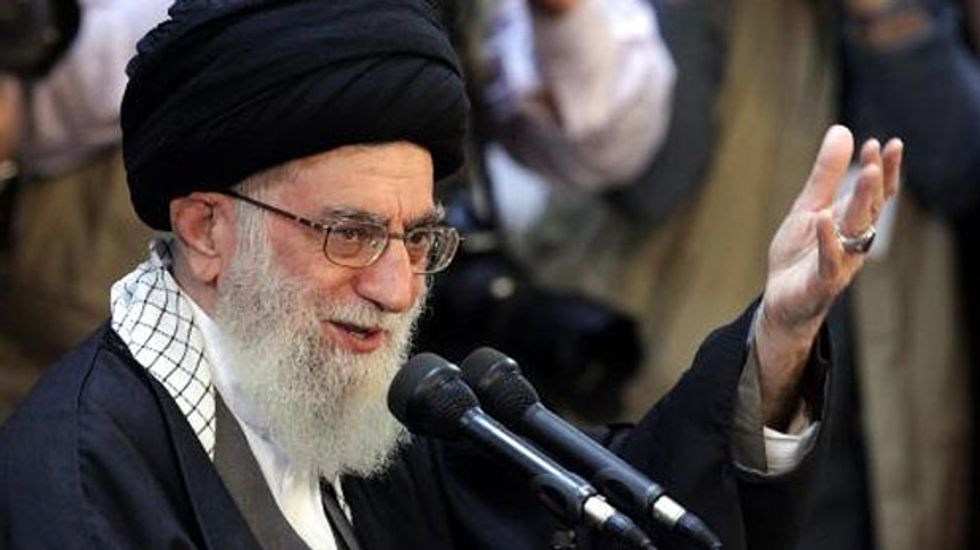 Iran's supreme leader Ayatollah Ali Khamenei said Saturday that the Islamic republic must become strong enough to ward off the "enemy's threats" and prevent a war.

Khamenei also said Iran had a strong air force despite decades of US pressure and sanctions on the country since the 1979 Islamic Revolution.

"We do not want to threaten anyone... this is to prevent threats, to maintain the country's security," he added in a speech aired on state television.

Tensions escalated between Tehran and Washington after a January 3 US drone strike killed top Iranian general Qasem Soleimani in Baghdad.

Iran retaliated days later by firing a wave of missiles at American troops stationed in Iraq.

Its defence forces had been braced for US retaliation when they shot down a Ukraine International Airlines flight a few minutes after take-off from Tehran on January 8.

"Our Air Force, which had no right to & couldn't even repair parts of aircrafts (before the revolution) now builds planes," Khamenei was quoted as saying on his English-language Twitter account.

"Sanctions are literally crimes, BUT they can be turned into opportunities," he added.

In 2018, the United States withdrew unilaterally from a landmark nuclear deal with Iran and began reimposing sanctions as part of its "maximum pressure" campaign on the country.

Top EU diplomat Josep Borrel visited Tehran last week on a mission aimed at lowering tensions over the Islamic republic's nuclear programme, which has been crumbling since the US withdrawal.

Iran has gradually stepped back from its own commitments under the deal, prompting the European parties to trigger a complaint mechanism under the deal to pressure Tehran to return to full implementation.