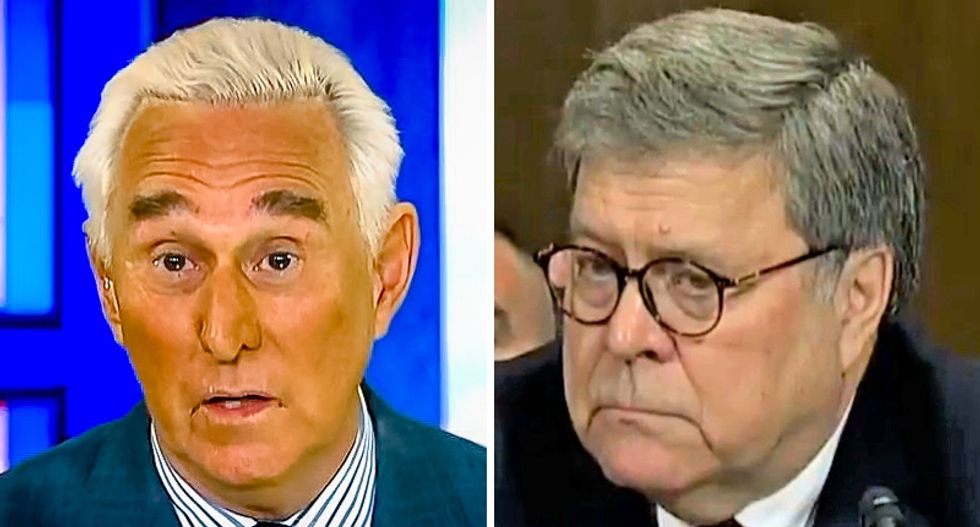 The new prosecutors in the Roger Stone case still seem to be ignoring the re-write of the sentencing memo, according to those watching the trial unfold.

Judge Amy Berman Jackson told the courtroom Thursday that she reviewed government sentencing recommendations from both the prosecutors who resigned last week and the supervisor who rewrote the memo.

"I note that the initial memo has not been withdrawn," she said.

"There was nothing in bad faith with the initial prosecution team’s recommendation," said Crabb.

"It’s not about bad faith. It was fully consistent with current DOJ policy, wasn’t that true?" Berman Jackson asked.

"With respect to the second filing — you signed it. Did you write it?" the judge asked.

"I’m not at liberty to discuss the internal deliberations in DOJ," Crabb said.

"Were you directed to write it by someone else?" she asked.

She then grilled the government on their change in position on obstruction of justice throughout the trial.

The judge asked why Justice Department attorney John Crabb was there representing the government to begin with.

"I fear that you know less about this case than possibly anybody else in the courtroom," she said.

"The guideline enhancement applies here for the reasons set forth in the original sentencing memorandum," said Crabb for the Justice Department. He went on to say that he doesn't want to elaborate on the changes in sentencing recommendations unless the judge has a specific question.

Crabb then confessed that the U.S. Attorney in the case reviewed and approved the original sentencing memo that was eventually overruled by the attorney general.

It was an exchange former prosecutors and legal scholars found fascinating. You can read their responses below:

In the Stone sentencing, the government is back to arguing in favor of an enhancement based on threats he made that… https://t.co/dx4W0Llw3V
— Joyce Alene (@Joyce Alene)1582215155.0

The big news here is that DOJ's new lawyers seem to have just backed off the second, Barr-influenced second memo an… https://t.co/dfYp000DlP
— Dan Friedman (@Dan Friedman)1582212505.0

Stone is one reason Mueller was unable to complete his work. Without obstruction, he may have found conspiracy. https://t.co/rNsEGyUiNU
— Barb McQuade (@Barb McQuade)1582214324.0

This is stunning. The new DOJ attorneys are arguing in favor of most aspects of the initial Stone sentencing reco… https://t.co/zcW3b5bLw7
— Chris Sommerfeldt (@Chris Sommerfeldt)1582214315.0

My big takeaway from the hearing is that Barr is running a complete clown shoe operation at DOJ...I mean what was that
— Asha Rangappa (@Asha Rangappa)1582216338.0