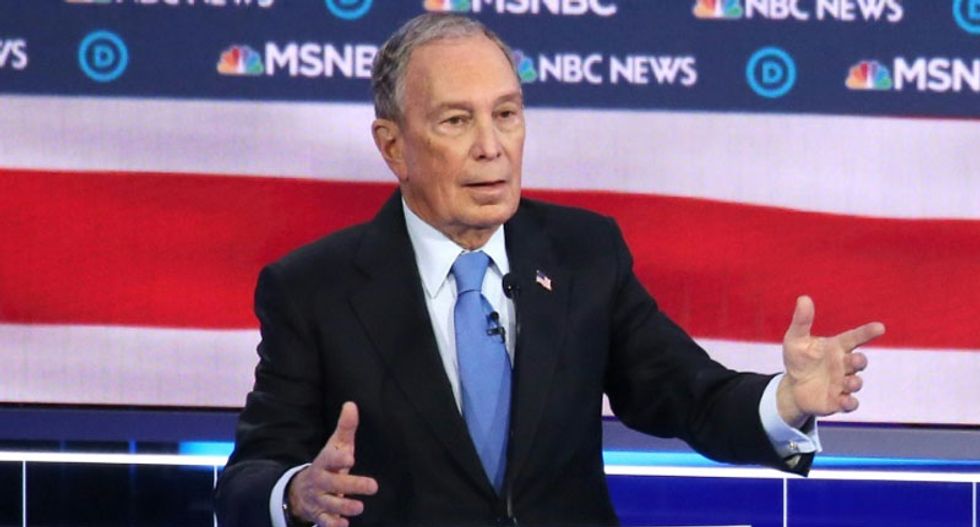 It is said that one needs a pretty big ego to run for president, what with all the pomp on the one hand and all the politicking needed on the other.

Still, it has been bracing even to other politicians, even to all the Democratic presidential candidates, even to Donald Trump, to see the chutzpah of Mayor Mike Bloomberg to spend a reported $420 million to date for his late entry into the presidential sweepstakes to present a buffered and polished version of his own self to the field – to say nothing of earning himself seemingly substantial polling success.

So, when it turned out that billions of bucks indeed could change the debate rules enough to allow Bloomberg onto the debate stage, the pundits fell over themselves to hype the attack-from-all-others scenario for last night’s joint appearance before the Nevada caucuses this weekend.

For the record, Bloomberg came across as overly, if necessarily defensive, and basically struggling to project anything close to dominance.

That, of course, is what television journalism and the debates seem to be about – being the first to identify winners and endlessly setting up for drama over the prospects of electoral success or loss. We were said to be breathlessly awaiting attacks that acknowledged Bloomberg’s history bad-mouthing women, and stopping and frisking young black and brown New Yorkers with abandon, and buying his way with his billions to take on the (maybe) fake billionaire Donald Trump – attacks that pit “socialist” Bernie Sanders and regulation queen Elizabeth Warren against Bloomberg as defender of Big Money.

So, how’d it go, and what was there for any of us perhaps to learn?

It took about a minute for the first blows about the possibilities of trading one arrogant billionaire for another, for the other candidates to use Bloomberg’s record against him, and to remind him that they already are candidates not ready to step aside just because he showed up. For the record, Bloomberg came across as overly, if necessarily defensive, and basically struggling to project anything close to dominance.

The sharpest knives that Bloomberg faced were from Elizabeth Warren on issues related to women, from Bernie Sanders on Bloomberg’s wealth and Republican past, from Joe Biden on stop-and-frisk (with some errors along the way), and Amy Klobuchar on his Johnnie-come-lately status.  Mayor Pete did the best job of keeping a debate eye on Trump rather than Bloomberg.

Bloomberg’s presence was not the only source of dynamite in the room. Increasingly pressured candidates turned on one another to remind voters of the primacy of the other campaigns on stage. To promote themselves, it seemed necessary for each candidate to have to call out another on the stage.

Beneath it all, what presented itself as a conflict of personality and policy masked a deeper discussion over income inequality, philanthropy and the future of capitalism, for example. “Socialism” was on trial with “regulated capitalism,” with a strong dose of populism being added to a prescription for change that is more evolutionary. That’s how to put the best face on the positioning over health care, banks, union benefits and other financial topics that arose. The oft-repeated refrains of Medicare for All was a stand-in for a broader restructuring of regulation and profiteering under capitalism; at the other end was Bloomberg, a self-recruit just this week to regulating banks and taxing Wall Street, having to defend his newly hatched ideas to fight millionaires and billionaires.

Bloomberg managed to draw groans at one point by answering Bernie with sarcasm about how a Sanders nomination would guarantee a Trump reelection by promoting “communism.”  That, in turn, prompted Bernie to denounce “socialism for the rich.”

Some topics, including Climate Change, won universal applause on stage, making it unclear exactly why it was a debate topic. There were differences only in how far, how quick and how to help workers who will be displaced.

Move aside all the hand-waving, and what you had was a nicely feisty stew of disagreement about how to structure change in this country. But once again, the candidates as a group forgot to underscore sufficiently that Donald Trump is against everything that they were arguing about.

In the end--all spin aside--the night’s biggest winner probably was Donald Trump, who could take glee in seeing disagreement among the Democratic field while his array of opponents turned on one another.

The Democrats disagreed among themselves not only about who would present the best case to unseat Trump but also about how to determine who can boost turnout and about what case to present.

Anyone hoping that Bloomberg’s arrival on the scene would allow for a new view for Democratic leadership was probably sadly mistaken. Bloomberg was not the most knowledgeable candidate on stage, nor the most exciting, nor even the most believable. If anything, Bloomberg left the impression that he is aloof, just putting up with a necessary debate with lesser beings, and is thin-skinned about criticism from other candidates.

There was nothing wrong, really, about Bloomberg’s policy prescriptions, but the reason for his candidacy seems mostly to be because he lacks confidence in the others on stage.

As Mayor Pete said, it is great that Bloomberg is supporting Democrats as well as gun control and climate change efforts with his deep pockets, but there is no reason that his money should necessitate that he become President.

Debates are useful for helping to highlight the difference, of course, but they don’t substitute for providing a rationale for why we want one candidate over another.