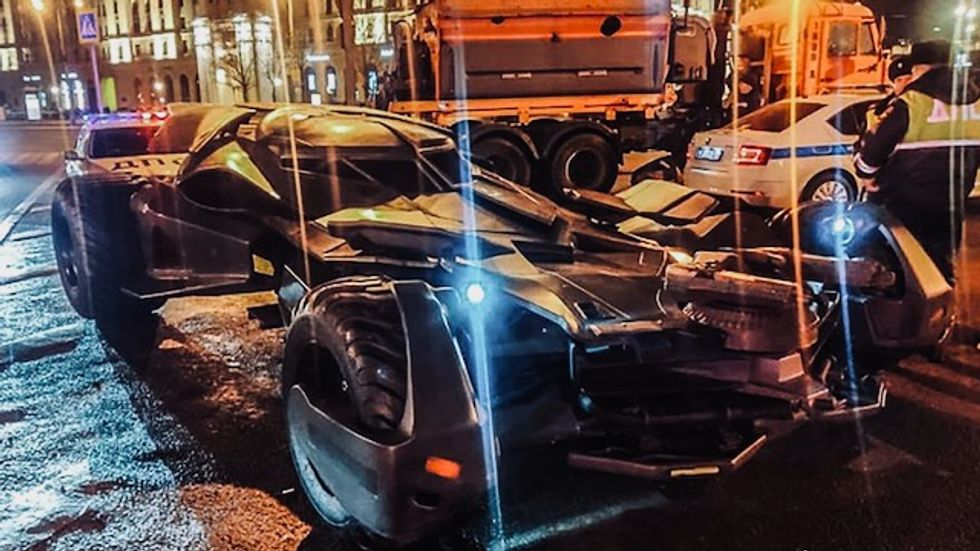 A homemade vehicle bearing a striking resemblance to the "Batmobile" featured in a recent Batman film has been seized in central Moscow, Russia's interior ministry announced.

Traffic police brought the all-black, lowrider vehicle with giant wheels to a screeching halt as it cruised down one of the main roads into the city center on Saturday evening.

They impounded the car, styled after the famous car belonging to the superhero and owned by a 32-year-old Muscovite.

The "Batmobile" owner faces fines for numerous violations before being allowed to get his car back.

Police said Tuesday that the vehicle was assembled illegally at a private workshop, is not registered as a vehicle and does not adhere to road safety standards, as well as being supersized for a standard car at six metres (20 feet) long.

The car was built in the United States, then customized in Russia at an auto tuning workshop called Fast Boom Pro, whose logo is visible in a police video, Russian auto sites reported.

The workshop turned it into the spitting image of the vehicle featured in the 2016 film "Batman v Superman: Dawn of Justice".

The replica car was reportedly put on sale in Russia in October last year for 55 million rubles ($842,100).

It was described as armored and equipped with a night-vision camera, a thermal imaging camera, a laser-aiming device and a model gun that imitates the sound of shooting.