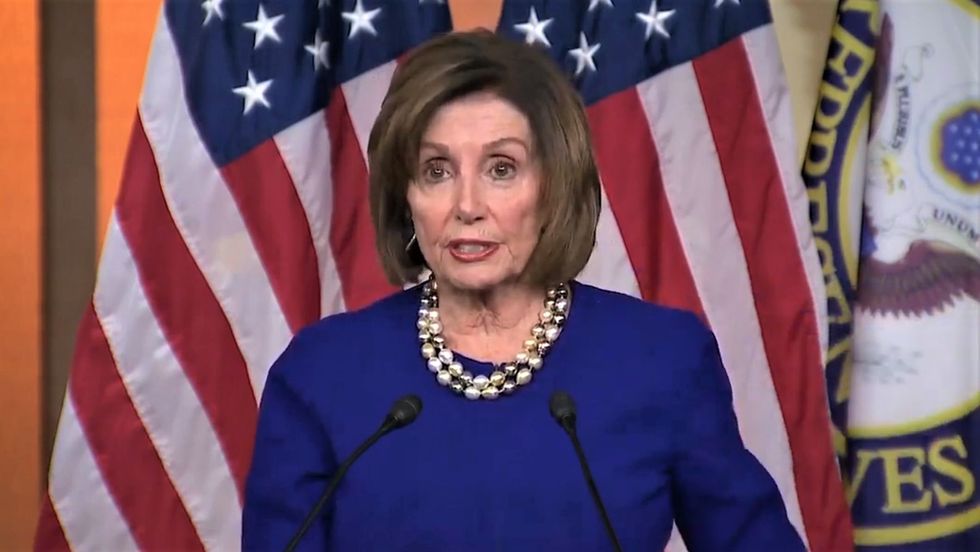 The tension between President Donald Trump and House Speaker Nancy Pelosi was impossible to miss on Tuesday night when Trump gave his 2020 State of the Union. Trump refused to shake Pelosi’s hand, and after the president finished his speech, Pelosi tore up a printed copy of it — which some far-right Trumpistas are claiming was a violation of federal law.

But legal writer Colin Kalmbacher, in an article for Law & Crime, explains why Pelosi did nothing illegal and why her Trumpian detractors don’t even understand the law they have been talking about.

The specific federal law that some Pelosi critics have brought up is Code 2071, which deals with destroying government records. Charlie Kirk, founder of the pro-Trump Turning Point USA, tweeted, “US Code prohibits the destruction of government records,” adding that “Nancy Pelosi may have just committed a violation of” 2071 “when she ripped up President Trump’s State of the Union address.”

But Kirk, Higbie and Trump, Jr., according to Kalmbacher, don’t understand what U.S. Code 2071 actually says.

Code 2017 states, “Whoever willfully and unlawfully conceals, removes, mutilates, obliterates, or destroys, or attempts to do so, or, with intent to do so takes and carries away any record, proceeding, map, book, paper, document, or other thing, filed or deposited with any clerk or officer of any court of the United States, or in any public office, or with any judicial or public officer of the United States, shall be fined under this title or imprisoned not more than three years, or both.”

What Kirk, Higbie and Trump, Jr. are overlooking, Kalmbacher points out, is the “filed or deposited with any clerk or officer of any court of the United States” part.

“Trump handed Pelosi a copy of the speech,” Kalmbacher explains. “He didn’t file this copy with any official — clerk or otherwise — whose job it is to make sure such documents are collected, recorded and physically and legally protected. The president gave Pelosi a copy of his address as a memento of sorts. This action wasn’t an official deposit. It was an act of theater.”

The piece of paper that Pelosi tore up, according to Kalmbacher, “is not covered by the statute at all…. Nothing official happened here one way or another, and certainly, no laws were broken by the speaker.”

Laurence Tribe, a Harvard Law School professor, has lambasted Pelosi’s detractors for being so clueless that they don’t even understand how Code 2017 works.

“Not even Bill Barr would fall for that ludicrous misapplication of the federal law criminalizing mutilation of government records,” Tribe asserted. “The copy was the speaker’s own. It wasn’t a government record to begin with, and her action was purely symbolic expression well within the protection of both the speech and debate clause and the First Amendment.”