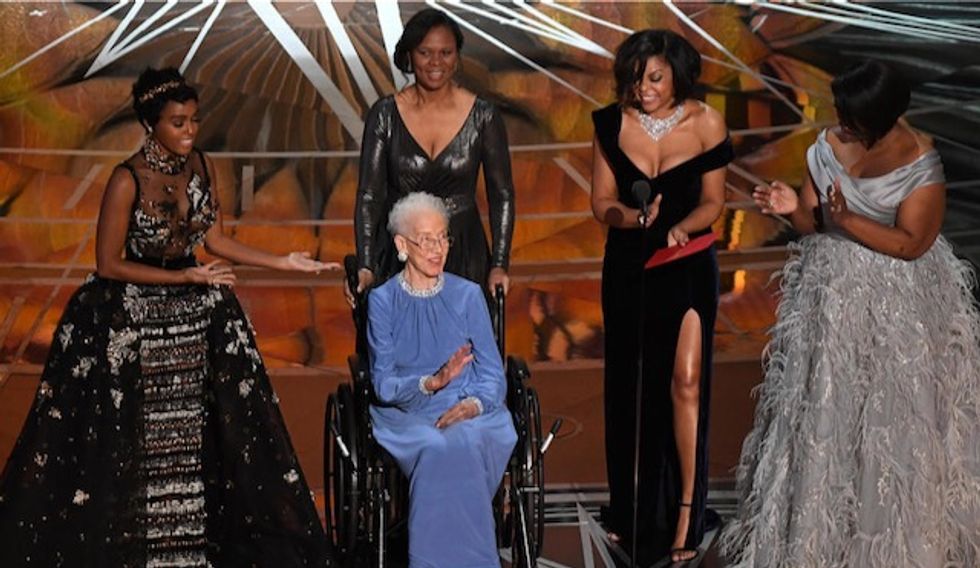 Johnson's calculations helped put the first man on the Moon in 1969, but she was little known until the 2017 Oscar-nominated film told the stories of three black women who worked at NASA.

"She was an American hero and her pioneering legacy will never be forgotten," NASA Administrator Jim Bridenstine said, honoring "her courage and the milestones we could not have reached without her."

Johnson and a colleague were the first to calculate the parameters of the suborbital 1961 flight of astronaut Alan Shepard, the first American in space.

Her math talents later helped determine the trajectory of the Apollo 11 flight that landed Neil Armstrong and Buzz Aldrin on the Moon in July 1969.

US president Barack Obama presented Johnson with the Presidential Medal of Freedom, the highest civilian honor in the country, in 2015.

Two years later, Johnson -- then aged 98 -- attended the 2017 Oscars when "Hidden Figures" was nominated, taking the stage to receive a standing ovation.

"Ms Johnson helped our nation enlarge the frontiers of space even as she made huge strides that also opened doors for women and people of color," Bridenstine said in a statement.