Palestinian leader Mahmoud Abbas suspends relations with the US, Israel 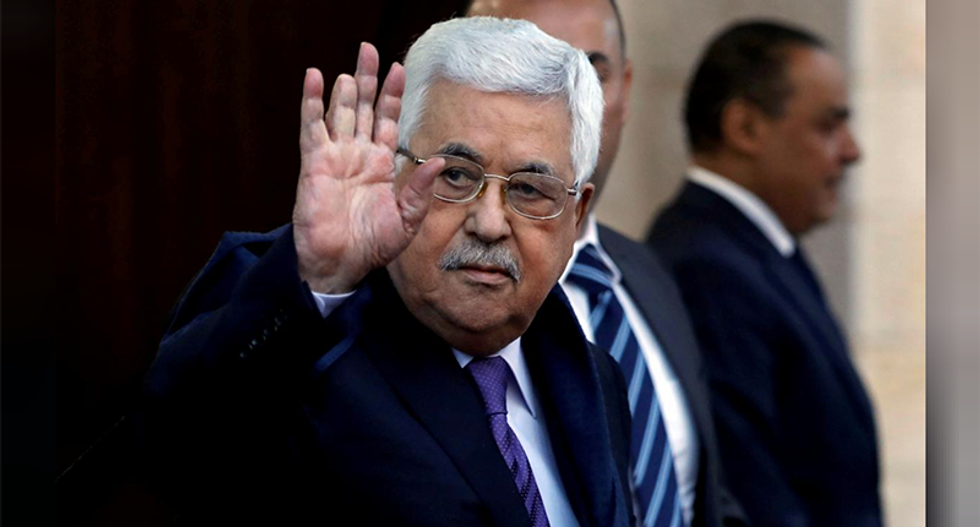 Palestinian Authority leader Mahmoud Abbas announced the suspension of relations, including security cooperation, with both Israel and the United States on Saturday, days after the unveiling of a US peace plan that Palestinians say heavily favors Israel.

Palestinian President Mahmoud Abbas threatened to cut security ties with both Israel and the U.S. on Saturday, in a lengthy speech delivered at an Arab League meeting in Egypt's capital that denounced a White House plan for ending the Israeli-Palestinian conflict.

The U.S. plan would grant the Palestinians limited self-rule in parts of the occupied West Bank, while allowing Israel to annex all its settlements there and keep nearly all of east Jerusalem.

The summit of Arab foreign ministers in Cairo was requested by the Palestinians, who responded angrily to the American proposal.

Abbas said that he told Israel and the U.S. that “there will be no relations with them, including the security ties" following the deal that Palestinians say heavily favors Israel.

There was no immediate comment from U.S. or Israeli officials.

The Palestinian leader said that he'd refused to take U.S. President Donald Trump's phone calls and messages “because I know that he would use that to say he consulted us.”

“I will never accept this solution," Abbas said. “I will not have it recorded in my history that I have sold Jerusalem."

He said the Palestinians remain committed to ending the Israeli occupation and establishing a state with its capital in east Jerusalem.

Abbas said that the Palestinians wouldn't accept the U.S. as a sole mediator in any negotiations with Israel. He said they would go to the United Nations Security Council and other world and regional organizations to “explain our position."

The Arab League’s head, Ahmed Aboul-Gheit, said the proposal revealed a “sharp turn” in the long-standing U.S. foreign policy regarding the Israeli-Palestinian conflict.

“This turn does not help achieve peace and a just solution,” he declared.

Aboul-Gheit said that the Palestinians reject the proposal. He called for the two sides, the Israelis and the Palestinians, to negotiate to reach a “satisfactory solution for both of them.”

President Trump unveiled the long-awaited proposal Tuesday in Washington. It would allow Israel to annex all its West Bank settlements - which the Palestinians and most of the international community view as illegal - as well as the Jordan Valley, which accounts for roughly a fourth of the West Bank.

In return, the Palestinians would be granted statehood in Gaza, scattered chunks of the West Bank and some neighborhoods on the outskirts of Jerusalem, all linked together by a new network of roads, bridges and tunnels. Israel would control the state’s borders and airspace and maintain overall security authority. Critics of the plan say this would rob Palestinian statehood of any meaning.

The plan would abolish the right of return for Palestinian refugees displaced by the 1948 war and their descendants, a key Palestinian demand. The entire agreement would be contingent on Gaza’s Hamas rulers and other armed groups disarming, something they have always adamantly rejected.

Ambassadors from the United Arab Emirates, Bahrain and Oman attended the Tuesday unveiling in Washington, in a tacit sign of support for the U.S. initiative.

Saudi Arabia and Egypt, Arab states that are close U.S. allies, said they appreciated President Trump’s efforts and called for renewed negotiations without commenting on the plan’s content.

Egypt urged in a statement Israelis and Palestinians to “carefully study” the plan. It said it favors a solution that restores all the “legitimate rights” of the Palestinian people through establishing an “independent and sovereign state on the occupied Palestinian territories.”

The Egyptian statement did not mention the long-held Arab demand of east Jerusalem as a capital to the future Palestinian state, as Cairo usually has its statements related to the Palestinian-Israeli conflict.

Jordan, meanwhile, warned against any Israeli “annexation of Palestinian lands” and reaffirmed its commitment to the creation of a Palestinian state along the 1967 lines, which would include all the West Bank and Israeli-annexed east Jerusalem.

Jordan and Egypt are the only two Arab countries that have peace treaties with Israel.