‘Party nominations are not for sale’: Trump accuses Bloomberg of ‘a large scale illegal campaign contribution’ 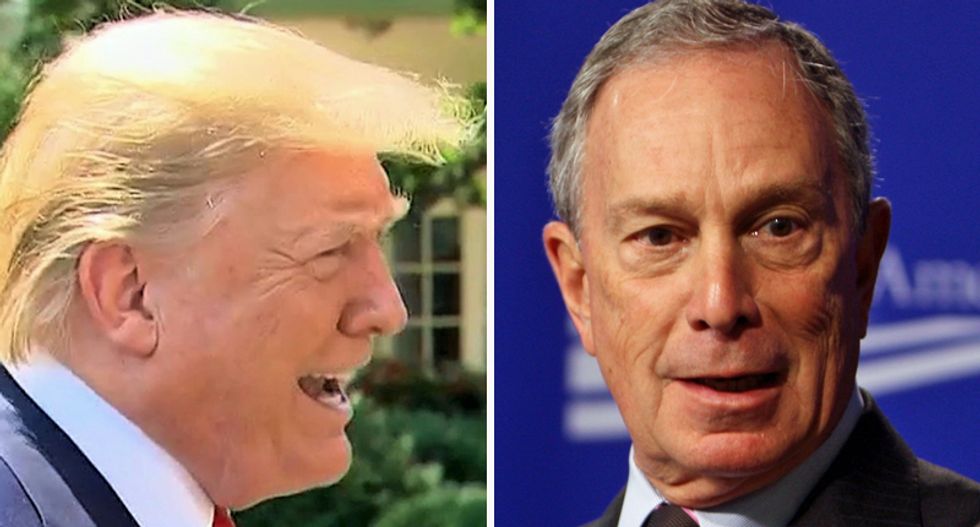 "What Mini Mike is doing is nothing less than a large scale illegal campaign contribution," Trump argued.

"He is 'spreading' money all over the place, only to have recipients of his cash payments, many former opponents, happily joining or supporting his campaign," Trump continued. "Isn’t that called a payoff?"

"Mini is illegally buying the Democrat Nomination. They are taking it away from Bernie again. Mini Mike, Major Party Nominations are not for sale! Good luck in the debate tomorrow night and remember, no standing on boxes!" Trump argued.

During the 2016, Trump was part of a conspiracy to violate campaign finance law by illegally paying off two women who claimed to have had affairs with Trump while he was married to his third wife, current first lady Melania Trump. The president's longtime attorney, Michael Cohen, is currently serving time in federal prison for the crime, with Trump listed as "Individual One" in the charging documents.