Paul Krugman: Trump's claim about being a 'different kind of Republican' on the economy was a lie -- and his record proves it 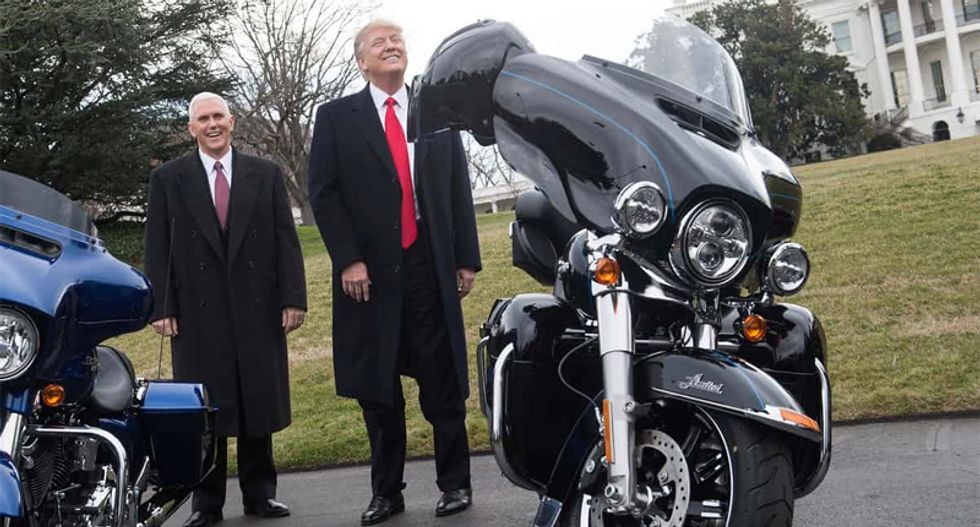 When President Donald Trump defeated Democratic nominee Hillary Clinton in the 2016 presidential election, some Democrats hoped that he would at least have a Nixonian streak on economics: President Richard Nixon, as right-wing as he was, favored universal health care and supported elements of the New Deal and the Great Society. But Trump, for all his pseudo-populist rhetoric, has gone out of his way to attack the United States’ social safety net — and liberal economist Paul Krugman, in his New York Times column, emphasizes that Trump hasn’t delivered on his economic promises of 2016.

“One thing many people forget about the 2016 election is that as a candidate, Donald Trump promised to be a different kind of Republican,” Krugman recalls. “Unlike the mainstream of his party, he declared, he would raise taxes on the rich and wouldn’t cut programs like Social Security, Medicare and Medicaid that ordinary Americans rely on. At the same time, he would invest large sums in rebuilding America’s infrastructure. He was lying.”

The Tax Cuts and Jobs Act of 2017, Krugman notes, “was absolutely standard modern Republicanism: huge tax cuts for corporations, plus tax breaks that overwhelmingly benefited the wealthy” — and Trump “came very close to passing a health care ‘reform’ that would have imposed savage cuts on Medicaid, eliminated protections for those with pre-existing conditions and taken away health insurance from more than 30 million Americans.”

On February 10, Krugman adds, Trump released a federal budget that proposes “the same reverse Robin-Hoodism as in previous budgets: taking from the poor and middle class while giving to the rich.”

“Trump in practice, as opposed to Trump in pretense, has turned out to be every bit as committed to trickle-down economics as Republicans in Congress have been for decades,” Krugman stresses. “People often say that Trump has captured the GOP, which is true as far as things like rule of law and support for democracy are concerned. But it’s equally true that the GOP has captured Trump when it comes to domestic policy.”

Krugman notes that the GOP has been quite hypocritical where deficits are concerned: although former House Speaker Paul Ryan claimed to be a deficit hawk, the GOP of 2020 could care less how much Trump increases the United States’ federal deficit.

Trump “certainly doesn’t feel any empathy for less fortunate Americans, or actually anyone,” Krugman observes. “So, he was happy to make what amounts to an implicit deal with the Republican establishment: you get to implement your usual policy agenda, and I get a free pass on my corruption and abuse of power.”

Krugman concludes his column on a depression note, fearing that Democrats will “blow” the 2020 presidential election by demanding economic purity tests.

“Democrats took the House in 2018 largely because of the popular backlash against his attempt to destroy Obamacare,” Krugman asserts. “But there’s a real danger that Democrats will blow the election by making it a referendum on ambitious ideas like so-called Medicare for all that are unlikely to become reality, rather than on Trump’s ongoing efforts to destroy programs Americans love.”